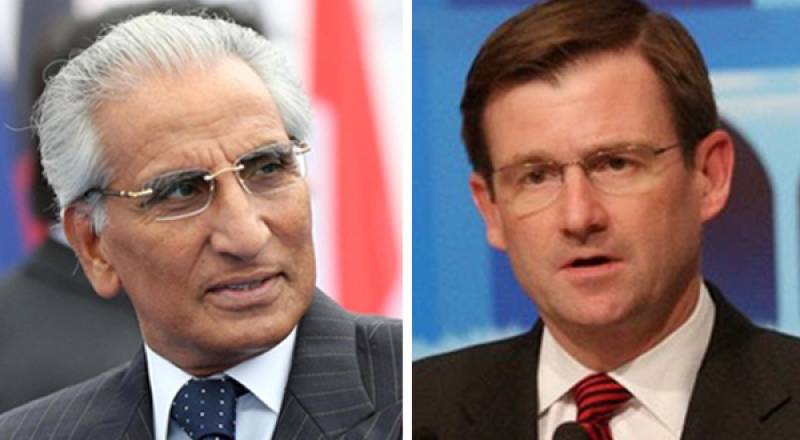 ISLAMABAD - Special Assistant to the Prime Minister Tariq Fatemi, in a meeting with the U.S. Ambassador David Hale Friday morning, undertook an early year review of the state of Pak-U.S. bilateral relations.

According to a foreign office statement, Fatemi and the U.S. Ambassador discussed the prospective engagements in the coming months as the new U.S. administration settles down in Washington, with the two expressing confidence that the momentum built over the past years, would be taken to higher levels.

Fatemi underscored the need to further deepen engagements between Pakistan and United States, both in the economic and security realms.

He expressed the confidence that by continuing to work together, the two countries will be able to strengthen cooperation in fighting terrorism, in promoting peace and security in the region and in harnessing the potential for regional connectivity.

They noted that the strategic dialogue mechanism provided the requisite framework for constructive and mutually beneficial cooperation.

Given the state of flux in global geo-political environment and growing turmoil in parts of the world, the special assistant also stressed the need to pursue policies that promote harmony, inclusiveness and cooperation.

In the present scenario, approaches that divide the world on religious, ethnic and racial lines should be eschewed, he said. – APP