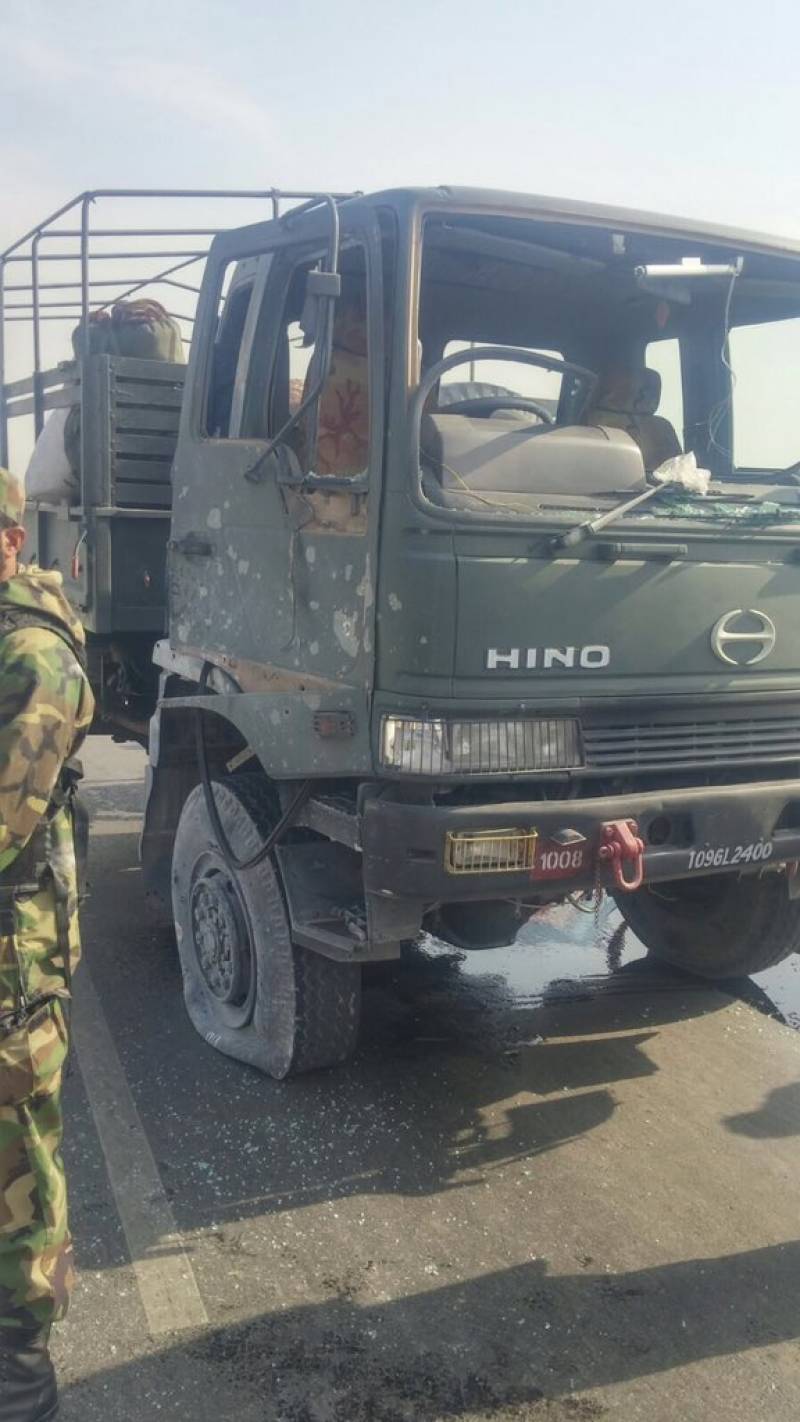 According to sources, no loss of life was reported in the incident. Vehicle of the forces was damaged in the explosion.

Rescue sources informed that the blast occurred near toll plaza on motorway. Rescue teams rushed to the spot after the blast.

The area was cordoned off by the security teams to help smooth rescue activities.