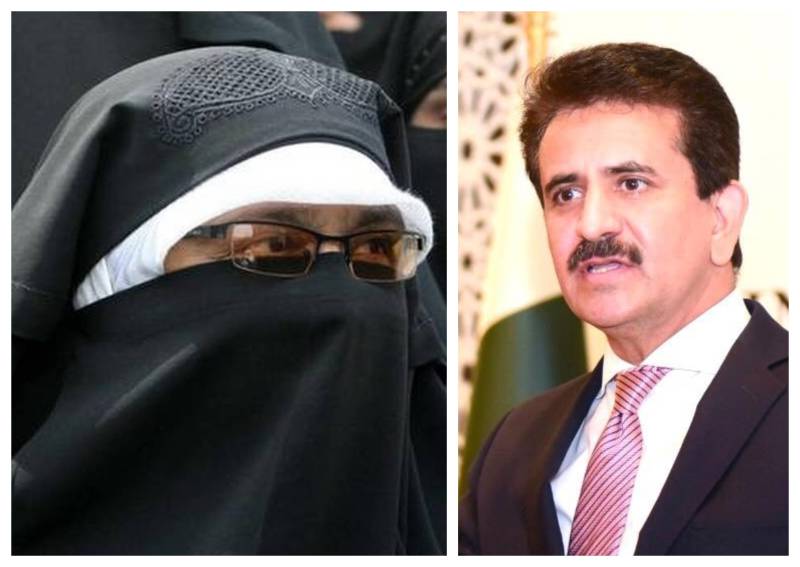 It has been highlighted that Andrabi's life is in danger owing to imminent risk of persecutory conviction by a sham court on 18 January 2020.

As a champion of human rights and an ardent advocate of women empowerment, Andrabi has worked tirelessly for social reforms and realisation of fundamental freedoms for the people of the Indian Illegally Occupied Jammu & Kashmir for over four decades.

She founded an organisation called Dukhtaran-e-Millat (DeM), which is one of the biggest women rights organisations in IIOJK, working on women's education, empowerment, well-being and protection - especially against sexual violence and abuse at the hands of Indian occupation forces.

The FO spokesperson said Andrabi has been under illegal and inhuman incarceration for more than 15 years on fabricated charges under draconian laws aimed at further perpetuating India's illegal occupation of IIOJK through brutalisation of the Kashmiri people.

He said the Indian authorities have now put Ms. Andrabi on trial on trumped up charges; deliberately accelerated the trial; and set aside due process, reflecting malicious intent with clear indications of looming judicial murder.

The Spokesperson said India's blatant attempts to portray the legitimate Kashmiri struggle as "terrorism", and to prosecute its leaders through concocted cases, is a clear violation of the UN Charter, UN Security Council and UN General Assembly resolutions, and international human rights and humanitarian law.

He said Pakistan has called upon the United Nations to urge India to drop all fabricated charges against Andrabi, her husband and her associates, and provide them complete legal protections, including the right to a free and fair trial; release all detainees, especially political prisoners and human rights defenders in IIOJK; repeal draconian laws such as AFSPA, PSA, and UAPA; allow UN-supervised investigations into cases of extra-judicial executions and other serious and systematic human rights violations; and fully implement all recommendations of the two Kashmir reports of OHCHR, including the establishment of a UN Commission of Inquiry.