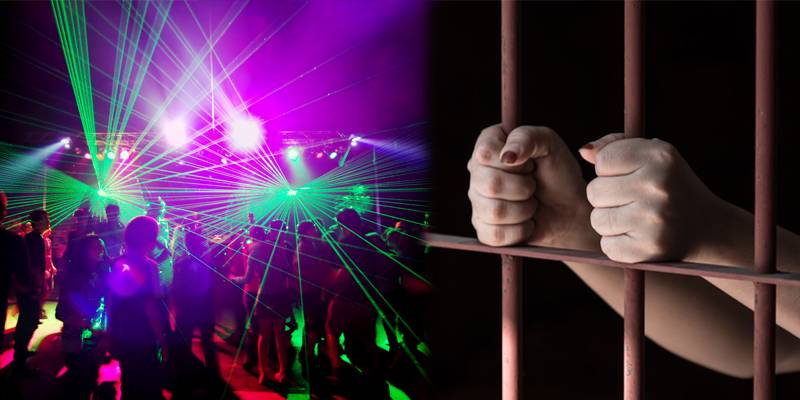 The raid order was issued by Assistant Commissioner Capt. (Retd) Shoaib Ali and according to police officials scores of men and women were dancing, playing music on loud speakers, smoking tobacco and sheesha and liquor in the hotel.

The police arrested approximately 34 men and 16 women for violating tobacco control laws and loudspeaker laws whereas the hotel’s owner and manager were also lined up.

All of them were released a few hours later on bail by a magistrate.