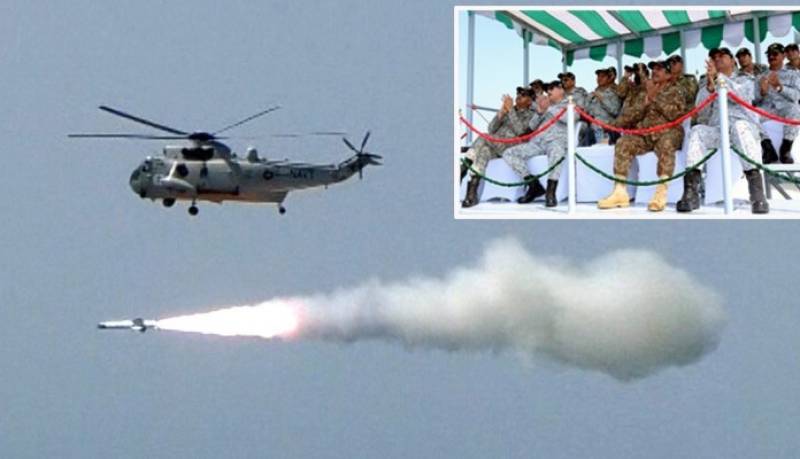 ISLAMABAD - Pakistan Navy’s major maritime exercise SEASPARK-20 in North Arabian Sea Tuesday culminated with the mighty demonstration of the country’s armed forces preparedness and readiness to thwart any misadventure of the enemy.

The live weapon firing of anti-ship missiles from various fleet combat platforms including Surface, Sub-surface platform and Aviation units of Pakistan Navy was the hallmark of exercise.

The exercise displayed the Pakistan Navy’s intent to maintain the highest state of readiness and combat potential to ensure seaward defence and protection of maritime interests of Pakistan during peace and war.

Assets of Pakistan Army and Air Force (PAF) also participated in the exercise highlighting the synergy at the tri-services level.

The CNS underscored that Pakistan Navy was ready to thwart any aggression posed by enemy.

The CJCSC expressed satisfaction over operational readiness of Pakistan Navy and commended the officers and men for their commitment and professionalism.