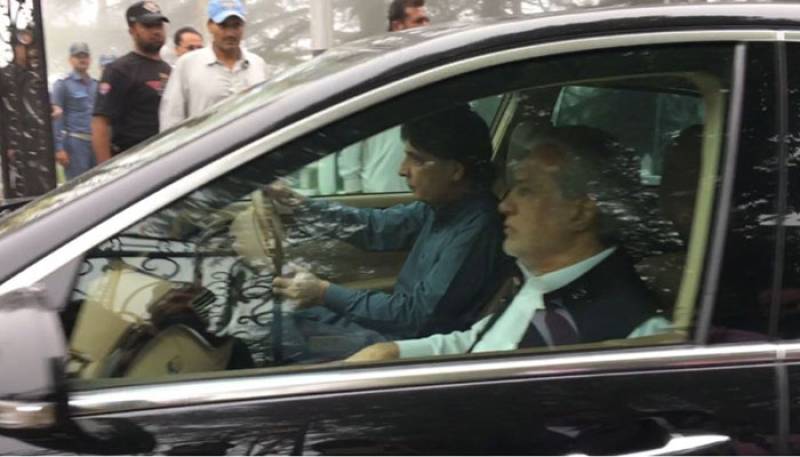 The disappearance came weeks after Supreme Court ordered to confiscate assets of former finance minister in a case filed by the National Accountability Bureau (NAB) regarding his assets disproportionate to source of income.

In a letter to the excise department, NAB officials have stated that a Mercedes Benz and a Land Cruiser are missing from Dar’s residence in Gulberg-III.

According to the details, the excise department has been asked to probe into the matter and locate the vehicles.

Justice Mohammad Bashir had directed to put former minister’s Lahore properties and his vehicles on auction directing that it will be the prerogative of the Punjab Government to either sell the assets or retain them with itself.

NAB had approached the accountability court for the auction of movable and immovable properties of the PML-N leader as he was absconding in assets beyond income reference filed in line with the directives of the apex court in the Panama Papers case verdict.

The bureau had also seized all properties of Mr Dar that included a house in Lahore, three plots in Al-Falah Housing Society, six acres of land in Islamabad and other assets ranging in millions.