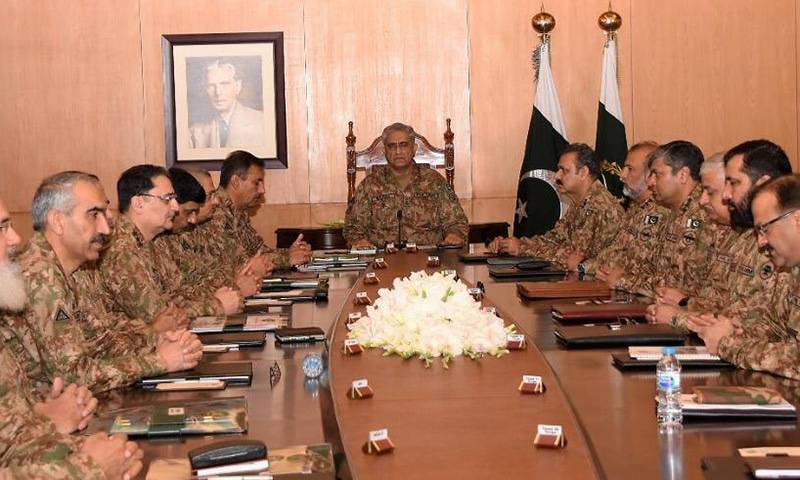 RAWALPINDI - Pakistan's top commanders reiterated resolve on Thursday that no compromise would be made on the issue of occupied Kashmir.

“Pakistan Army is fully configured, prepared and determined to defend honour, dignity and territorial integrity of motherland at all cost. Kashmir is jugular vain of Pakistan and no compromise shall be made which denies right of self determination to our brave Kashmiri brethren,” COAS was quoted as saying by the military's media wing.

The Corps Commanders reiterated resolve for befitting response to any Indian misadventure or aggression being conveyed through irresponsible media statements by Indian military commanders.