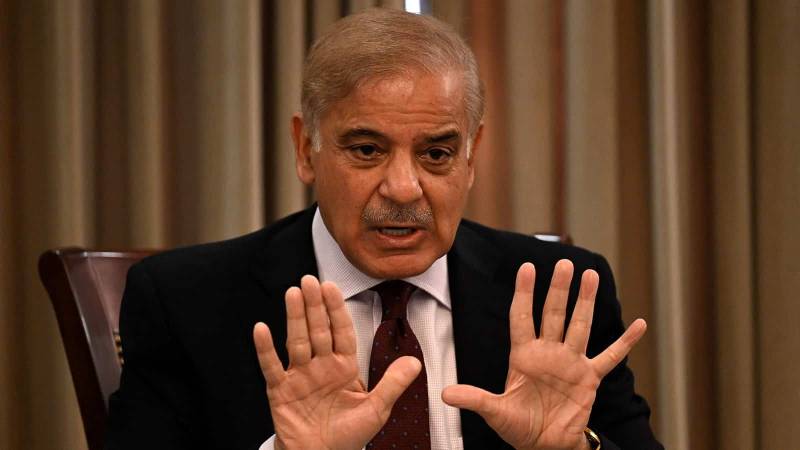 ISLAMABAD – Prime Minister Shehbaz Sharif Monday rejected to inaugurate a dashboard for real-time monitoring of relief being provided to flood affected people after detecting flaws in it.

The premier was attending a ceremony to launch the dashboard where Minister of IT Aminul Haque, Planning Minister Ahsan Iqbal and others were present.

PM Shehbaz, who has a long administrative experience, was being briefed about the newly-developed real-time dashboard, when he pointed out missing of updated data, and weather report in it.

The technology experts, including Dr Umar Saif, tried to convince the prime minister, stating that they will modify the dashboard in a week, but all was in vain as Sharif remained reluctant to inaugurate it.

After the IT minister intervened, the premier said that it could provisionally inaugurate the project, adding: “I don’t want to discourage anyone but the system should be at par with international standards and easy to understand for public”/

The dashboard has been designed to provide information to the general public about the local and international assistance being received and disbursed amongst the flood victims.

A website for assisting flood victims, a comprehensive flood relief management system, digital applications for field workers and an executive dashboard for the policy and decision-making are also included in the flood response system.

Worst deluges have so far killed more than 1,600 hundred people, besides affecting 33 million people across the country since mid-June.

ISLAMABAD – The US has agreed to suspend loans worth $132 million under the G-20 Debt Service Suspension ...