Pakistan gets $132 million debt relief from US amid flood crisis 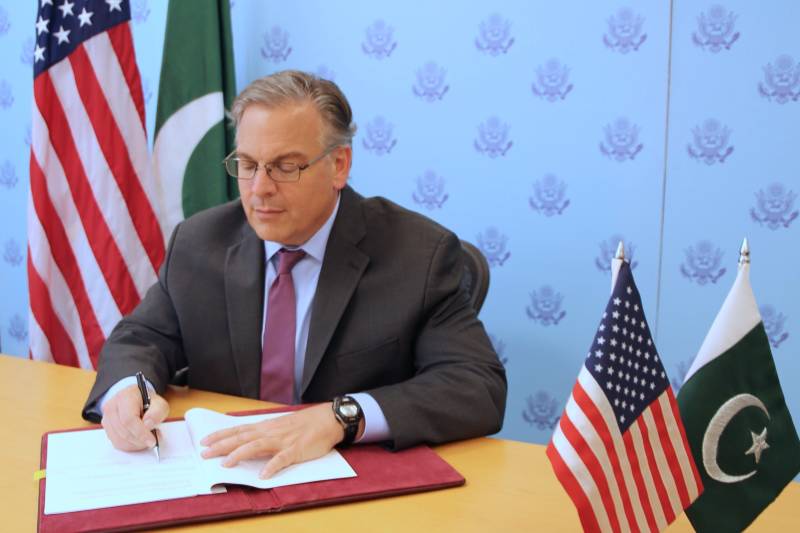 ISLAMABAD – The US has agreed to suspend loans worth $132 million under the G-20 Debt Service Suspension Initiative (DSSI) framework for Pakistan as the South Asian country in dire need of financial assistance to pace up relief efforts after massive deluges.

US Ambassador Donald Blome has signed the second bilateral agreement in this regard, said US Embassy on Twitter.

The agreement will provide $132 million in US debt relief to Pakistan, the embassy said.

“Our priority is to redirect critical resources in Pakistan,” it said while referring to the historic floods that have affected over 33 million people in the South Asian country and claimed over 1,500 lives since mid-June.

The development comes a day after Prime Minister Shehbaz Sharif attended a ceremony at the embassy to mark the completion of the 75th anniversary of diplomatic ties between the two countries.

Speaking on the occasion, the US ambassador vowed to support Pakistan in diverse fields, especially for reconstruction and rehabilitation of flood-hit areas of the country.

He said that people of the United States continue to stand with Pakistan. He said the strength of Pak-US friendship is demonstrated by more than 66 million dollars in U.S. support for flood response.

Ambassador Blome said, over past 75 years, the United States and Pakistan built a relationship based on mutual respect, shared goals and values.

Blome further said that over the decades, more than 32 billion dollars in US support benefited Pakistan and improved the lives of the people.

He said the rapidly changing world provides a pivotal opportunity to reframe relations between the two countries.