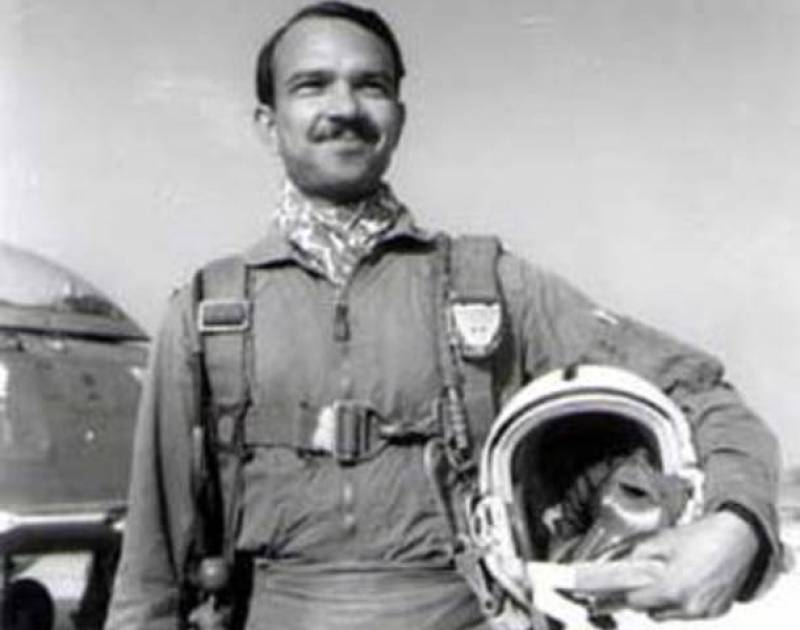 Alam, popularly known as MM Alam, while piloting an F-86 Sabre, shot down five Indian war planes in less than a minute during 1965 Pak-India war and altogether, downed nine war planes in the aerial fighting.

Late MM Alam was the first ever honoured fighter pilot for PAF, listed on top in the hall of fame list at the PAF Museum in Karachi.

Alam is considered a national hero for Pakistan, most significantly, for his remarkable show of brilliance in the war of 1965 he was awarded the Sitara-e-Jurat (“The star of courage”) and also the BAR medal.

No one in his family before him had been part of the military, and in fact, he joined the armed forces against his father’s will.

In 1965 when India started war in the late mist dark night, MM Alam who was the first commanding officer of the first squadron of Assaults Mirage III, took his F-86 Sabre jet plane equipped with AIM-9 sidewinder missiles and fly over the skies of Sargodha to defeat the enemies who entered in Pakistani Air Space.

Alam made the unforgettable history by knocking down 9 Indian Fighter Jets ” Hawker hunters” in air to air combat as Hawker Hunter were more powerful than F-86.

He shot down as he sets an unbeaten world record by Downing five Indian aircraft in thirty seconds.

Alam announced to the radar controller that he had shot down 9 IAF Air crafts and when Radio Pakistan announced his brilliance, people of Pakistan started rising the slogans of “Allah o Akbar”.

He is popularly known as MM Alam and was nicknamed ‘Little Dragon’. He retired in 1982 as an Air Commodore.

The Air Force legend was battling illness since December 2012, and was admitted to Pakistan Naval Station Shifa Hospital in Karachi. After a protracted illness, MM Alam died in Karachi on March 18, 2013. He was 77-year-old.