KARACHI - Medical tests have established that no trace of alcohol was found in the blood sample of Pakistan Peoples Party (PPP) MPA Sharjeel Memon.

Memon’s blood samples were sent to two hospitals to determine whether Memon was drunk or not after two bottles of alleged liquor were found in his room during treatment.

According to the test's report released by Agha Khan Hospital, the blood samples did not contain traces of plasma alcohol and ethanol. Three other test reports were also found out to be normal, it was learnt. 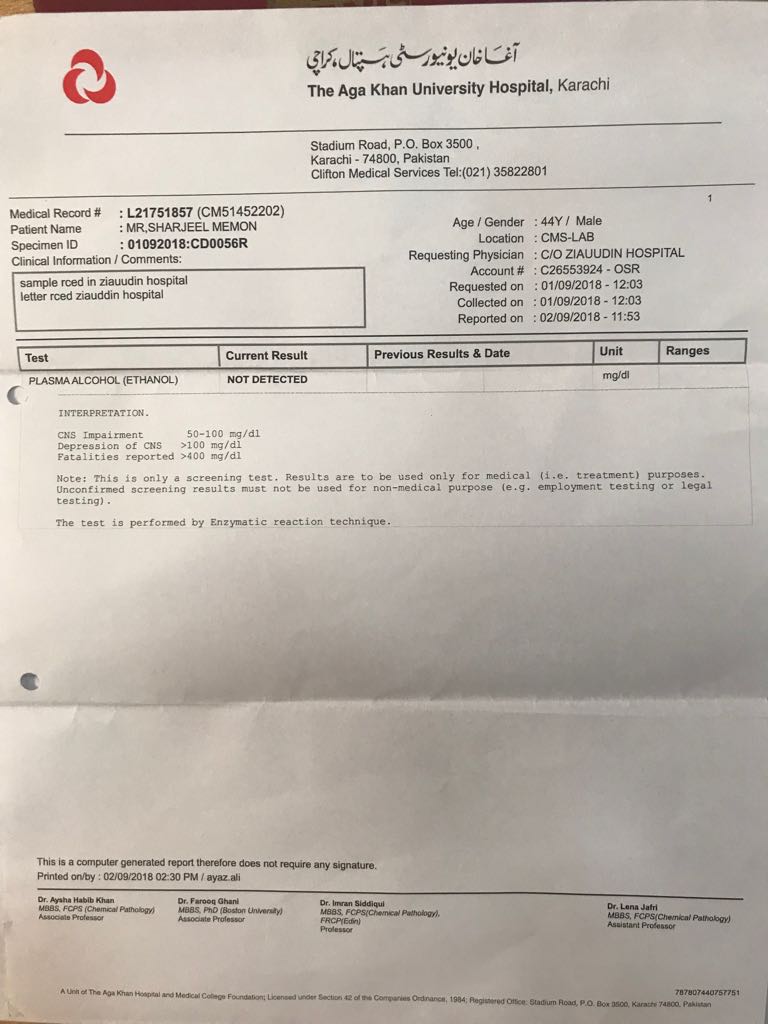 The report will be forwarded to the apex court.

According to another report, signed by Director of Laboratories and Chemical Examiner to the Government of Sindh Dr Zahid Hasan Ansari, one bottle contains honey while the other contains olive oil.

On Sunday, an investigation team was formed to launch a probe into recover of liquor bottles. 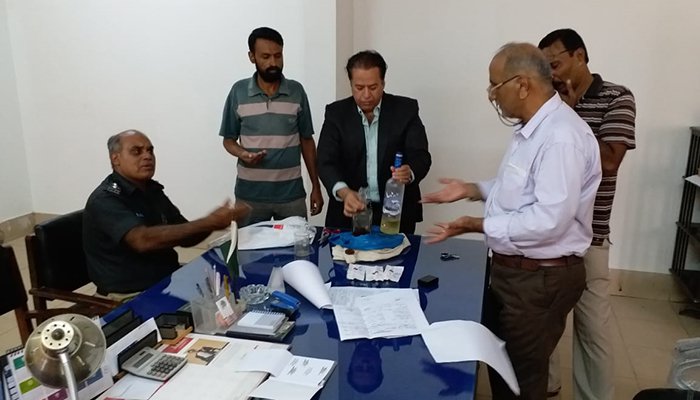 Memon was shifted to Central Prison Karachi after the top judge’s raid.

The CJP, while responding to a question about his visit, said that he went ‘to a sub-jail, not a hospital’.

Note in report states not meant for ‘legal testing’

A note in the medical report of the PPP leader clearly stated that it is not for legal testing and it cannot be used for any other purpose apart from medical reasons.

Due to the note, the report is no longer admissible to the Supreme Court.

Hospital sources said that the report stating the note clearly meant that the test was not done upon court orders.

The hospital sources further said that the test done upon court orders includes a detailed report.

Medical experts gave their opinion on the matter, saying that traces of Alcohol are hard to be found after 24 hours of consumption.

Medical experts said that the tests done on the blood samples of Sharjeel Memon were of a short-time span.

The experts said that there are better tests present with more accurate results to gauge if a person consumes Alcohol or not.