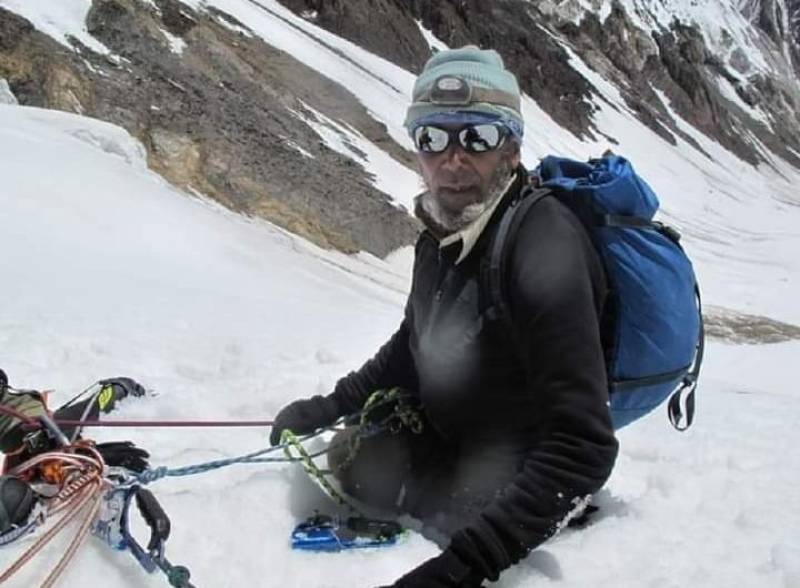 Karim was suffering from liver cancer and he had been shifted to CMH Rawalpindi after his health condition deteriorated.

Born in Hushe valley of District Ghanche of Gilgit-Baltistan, Karim shot to fame after a Spanish team of mountaineers wrote a book and made a film on him in 2000.

Besides several successful expeditions, summiting Gasherbrum II, the 13th highest mountain in the world located in Gilgit-Baltistan, without supplementary oxygen was his major achievement.

Social media users and mountaineers have expressed sadness over the demise of the legendary climber.

Mohammad Karim aka Little Karim passed away this morning. The veteran HAP and #mountaineer from #Hushe was famous for his decades worth of expeditions, climbing skills & incredible career in mountaineering. He climbed G II w'out supplementary oxygen. May his soul rest in peace! pic.twitter.com/StjCrqtHg3

إِنَّا ِلِلَّٰهِ وَإِنَّا إِلَيْهِ رَاجِعُونَ
The legendary climber and pride of Pakistan Little Karim is no more with us. He has passed away in CMH Rawalpindi today in the morning. pic.twitter.com/MqTZZPsiYp

Sad news. Famous climber "Little Karim" is no more. He was reportedly under treatment in a hospital.
May the departed soul rest in eternal peace. pic.twitter.com/cNt93vtxXR