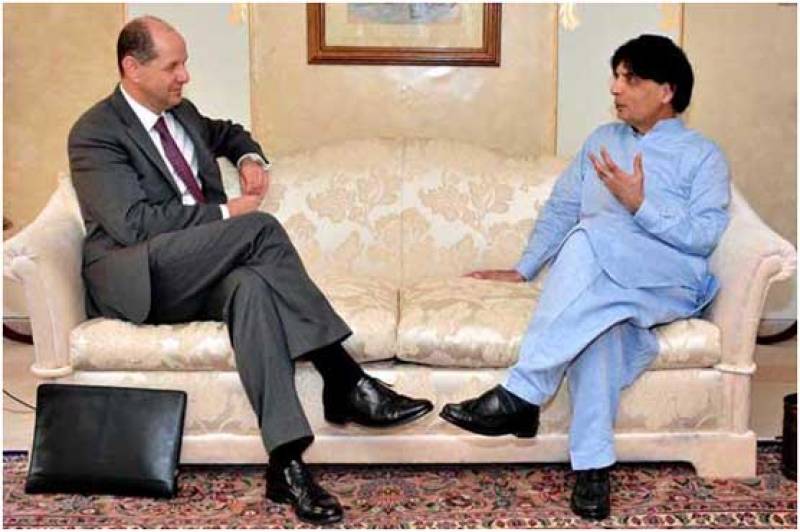 In his meeting with the British High Commissioner, Chaudhry Nisar discussed the mutual ties between the two countries, regional situation and important matters concerning Britain and Pakistan. Proceedings of Imran Farooq murder case also came under discussion on this occasion. Interior Minister said that Pakistan and Britain shared exemplary relations.

Earlier, Chaudhry Nisar had said that recent statements by Altaf Hussain had crossed all the limits. He had told that this time a legal reference will be sent against MQM chief, not just a letter. He said that Altaf’s case is not political; it is legal.

Interior Minister said that Chairman Pakistan Tehreek-i-Insaf (PTI) Imran Khan took references to UK against Altag Hussain but to no avail. He said that the government provided proofs to UK about Altaf Hussain with a proper strategy.

“Altaf Hussain and his companions are involved in money-laundering. Money-laundering was done with an enemy country of Pakistan”, said Nisar. He informed that Pakistan government was cooperating with the British government.

Commenting on the developments in Sindh, Interior Minister said that National Accountability Bureau (NAB) and Federal Investigation Agency (FIA) are operating in Sindh in accordance with their mandate. He criticized the poor performance of the police and directed the police to present the weekly report to him.