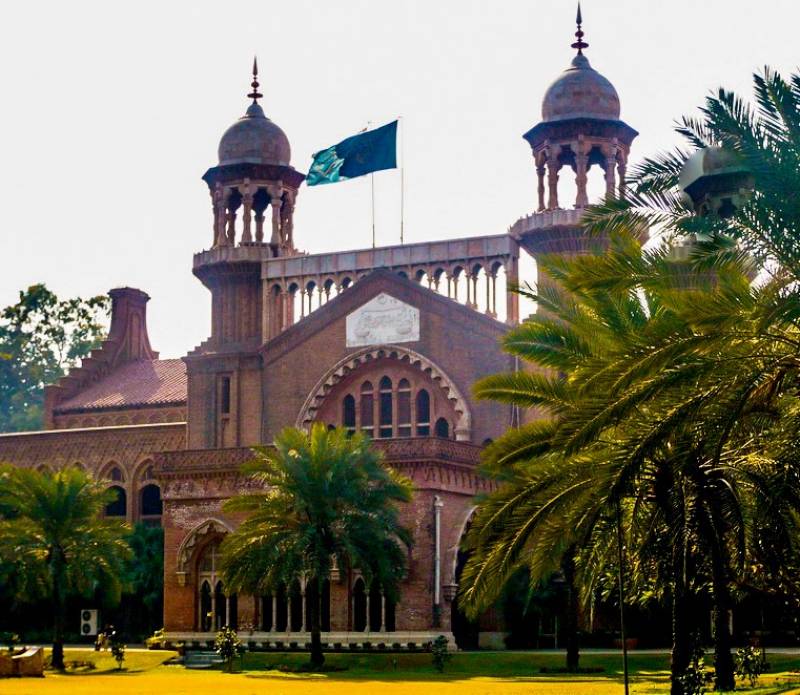 LAHORE - The chief justice of the Lahore High Court (LHC) has constituted a full bench to hear a petition seeking annulment of the punishment handed to the Sharif family in the Avenfield properties graft reference.

Veteran lawyer A.K. Dogar had challenged the conviction in the high-profile case, contending that the National Accountability Bureau’s (NAB) law, under which the sentence was handed down, was no more valid after the implementation of the 18th amendment.

'The three-time prime minister was sentenced under this ‘dead law’ which is illegal,' Dogar argued in the petition and requested to nullify the sentences of Nawaz Sharif, Maryam and Captain (r) Safdar.

On July 6, an accountability court had sentenced former prime minister Nawaz Sharif to a total of 10 years in prison besides imposing a £8 million fine (Rs1.3 billion) in the Avenfield corruption reference.

His daughter Maryam was sentenced to seven years in prison with a £2 million fine (Rs335 million), while her husband Capt (retd) Safdar was given a one-year sentence without any fine.

Following the verdict, the former ruling family members returned to Pakistan from London. A petition challenging the decision of the accountability court has also been filed in the Islamabad High Court where Khawaja Haris represents Sharifs.