Kashmir: A victim of impassive and oblivious world community 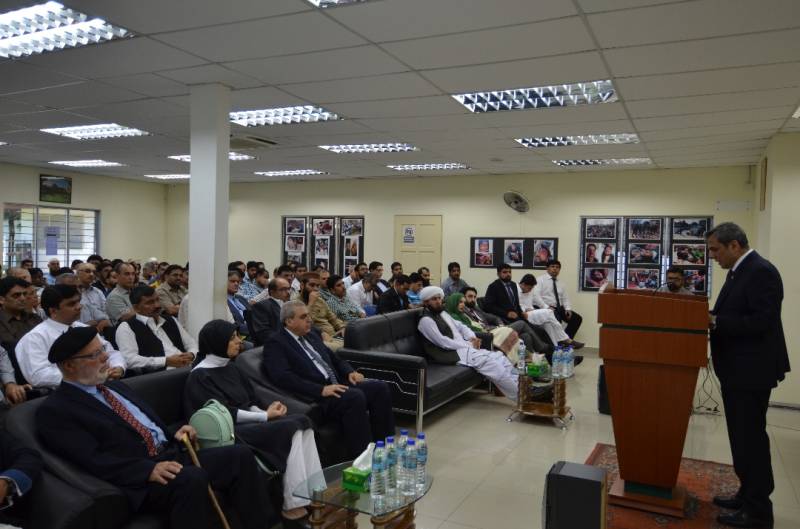 KUALA LUMPUR - The Pakistan High Commission in Kuala Lumpur held an academic activity on Sunday to discuss the Kashmir dispute and its implications. The event was held to express solidarity with the people of Jammu and Kashmir per Pakistan’s stance of providing moral, political and diplomatic support to the legitimate struggle of the Kashmiri people for self-determination.

The right to self-determination is also enshrined in the United Nations (UN) Security Council resolutions on the Kashmir dispute.

Over 200 participants participated in the event and pledged support for the Kashmir cause. Ambassadors, scholars from friendly countries, delegations from Malaysian humanitarian non-governmental organisations, prominent public and private think tanks, journalists, and members of Pakistani community assembled under one roof to hold a discussion on the Kashmir liberation movement.

The event invited speakers from different walks of life who shared their views on the Kashmir dispute and its solution. Kashmiri youth leader and women representative from Indian Occupied Kashmir (IOK) Shaista apprised the participants about the grave human rights situation in Kashmir. She painted an ugly picture of Indian atrocities committed against Kashmiris by stating that Indian occupation forces were committing genocide and crimes against humanity by strangulating the Kashmiris economically, socially and religiously. Highlighting the plight of Kashmiri women, Shaista recounted the incident of Kunan and Poshpura incidents where Kashmiri women were dishonoured by Indian soldiers in large numbers, the phenomenon of half-widows and everyday incidents of Indian barbarity against women in the valley.

She condemned the latest drive of state-sponsored terrorism during which Indian forces have killed over 100 people, blinded more than 500 and injured thousands with complete impunity since July 2016. While remaining true to the spirit of youthful activism, Shaista questioned the apathy and silence of the international community on the sufferings of Kashmiri Muslims at the hands of the Indian state. She called for the support of the global community for early resolution of the Kashmir dispute in accordance with UN Security Council resolutions and for the immediate cessation of bloodshed of innocent Kashmiris.

A PhD scholar Dr Hassan highlighted the systematic denial of freedom of expression and closure of social media forums to Kashmiris to stifle free speech in IOK. He lashed out at the double standards of the social media mostly controlled by Western countries, for blocking all those accounts on the insistence of the Indian government that were informing the world about the atrocities committed by the Indian security forces in IOK.

In order to inform the participants about the ground realities in present day Kashmir, Hurriyat leadership addressed the participants through video link and conveyed the ground situation in IOK. They also appreciated the efforts of the Pakistani government for lending support to the Kashmir freedom struggle.

High Commissioner of Pakistan Nafees Zakaria also spoke at length about the struggles of the Kashmiri people and said that the president and prime minister had expressed solidarity with Kashmiris.

Throwing further light on the issue, Zakaria gave an overview of the genesis of the Kashmir dispute. He supported his views with the help of facts collected by historians and researchers on the Kashmir struggle. According to him, Kashmir had been burning since decades due to dishonesty on the part of the departing representatives of the colonial rulers and conspiracies of Hindu leaders of the Congress Party and British representatives to make the demarcation process of the subcontinent controversial.

The high commissioner also discussed the political, security, economic and human rights dimensions of the Kashmir dispute and emphasised the need for a mature approach to resolving the longstanding dispute that had claimed the lives of hundreds and thousands of innocent Kashmiris while adversely impacting the lives of hundreds of millions of people in the region.