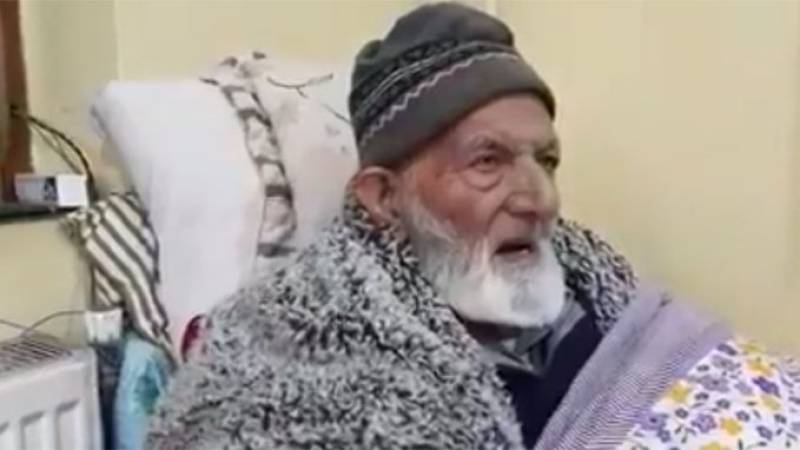 SRINAGAR – Indian authorities are not allowing people in occupied Kashmir to visit the APHC Chairman, Syed Ali Gilani, who is suffering from severe chest infection for the past few days.

According to Kashmir Media Service, Indian forces have been deployed in bulk outside the Hyderpora residence of the veteran leader to make it sure that no one enters the house to inquire about his health.

The Hurriyet leaders and organizations in their statements in Srinagar said that India is conspiring to let Syed Ali Gilani die by denying him access to proper treatment.

The statements while declaring the APHC Chairman as a great and most revered leader of South Asia for his long struggle for the Kashmir cause said that his desire to be buried in the martyrs' graveyard of Srinagar has upset Indian authorities.

Meanwhile, India denied a British lawmaker, who is highly critical of policies of New Delhi about Kashmir, entry after she landed at New Delhi’s Indira Gandhi International Airport on Monday.

NEW DELHI - A British MP critical of the government's decisions on Kashmir claimed on Monday that she had been denied ...

Debbie Abrahams, a Labour Party Member of Parliament who chairs a parliamentary group on Kashmir, was inhumanely treated by the Indian officials at the airport.