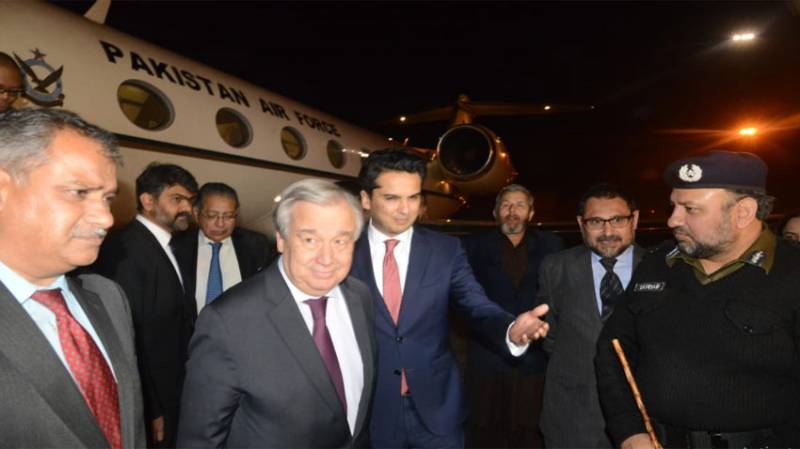 According to media details, the UN Secretary General along with his delegation has reached the city on a two-day visit.

During his stay in Lahore, the UN secretary general will attend various functions and visit some historic places including Shahi Qila and Badshahi Mosque. A dinner will also be arranged in his honour at the Shahi Qila.

He will also administer polio drops to children at Kindergarten.