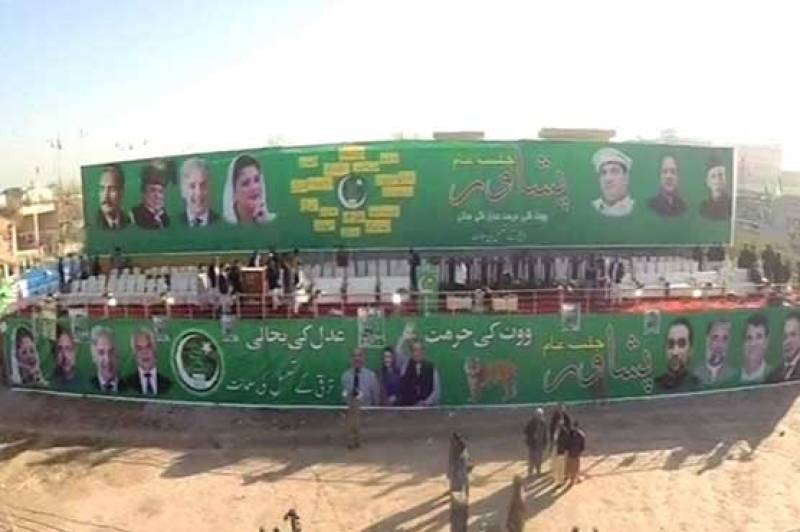 PESHAWAR - The ruling Pakistan Muslim League-Nawaz (PML-N) is all set to present a major political show in the opposition's stronghold - Peshawar - today (Sunday).

The party's president and former PM Nawaz Sharif is expected to address a rally near the motorway toll plaza.

The former premier is likely to reach the Khyber Pakhtunkhwa capital city from Lahore by Sunday evening.

Talking to the media at the venue, Nawaz's aide Senator Asif Kirmani said they will turn the province, run by the Pakistan Tehreek-e-Insaf, into a den of PML-N 'lions'.

Preparations have been finalised as more than 30,000 chairs have been set on the venue near the northern bypass.