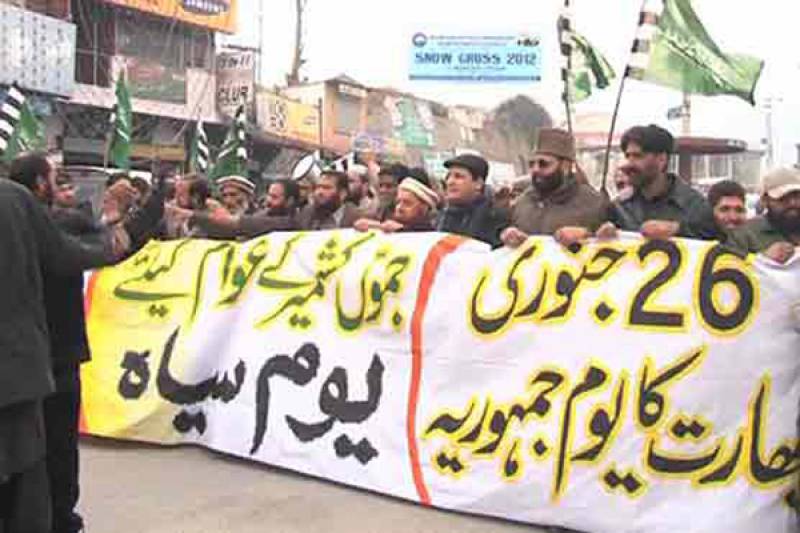 Our national media played an important role in exposing Indian claim of surgical strikes and Indian atrocities against innocent of Occupied Kashmir, they said while talking in a Radio current affair programme.

She said India is extremely nervous over the situation in occupied Kashmir where people in a large number stage protest demonstrations against the tyrannies of the Indian forces.

On the eve of the Indian Prime Minister’s visit to occupied Kashmir, the Kashmiris leaders were forced to remain in their houses, while some others were arrested so that they could not stage a protest today, she highlighted.

Defence Analyst Abdullah Gul said, Kashmiris’ sacrifices will prove fruitful and they will definitely succeed one day and it is a big defeat of India that the Kashmiri leaders are on the same page.

He said Kashmiris observe Black Day whenever Indian Prime Minister visits occupied Kashmir due to the brutalities being committed by the Indian forces there, he added.

The analyst said the Kashmiris have been giving this message to the world for 70 years, and their protest demonstration suggests that they will not bow down to the Indian government at any cost.

Pakistan has been effectively internationalizing the Kashmir issue, and Foreign Minister Shah Mehmood Qureshi is playing his due role, he mentioned.

However, he said it is unfortunate that the world is silent over the Indian forces’ inhuman acts against innocent people of occupied Kashmir.

Gross human rights violations have been continuing in occupied Kashmir, and the Indian forces have been targeting unarmed Kashmiri civilians, Senator said.

He further said, General elections are approaching in India, and Prime Minister Modi is visiting different areas of the country to win people’s hearts. However, people are not satisfied with the Modi government, which was evident from the recent state elections.

Pakistan has been raising the Kashmir issue at all forums and it will continue extending moral and diplomatic support to the Kashmiris until they secure their inalienable right to self-determination, he added.