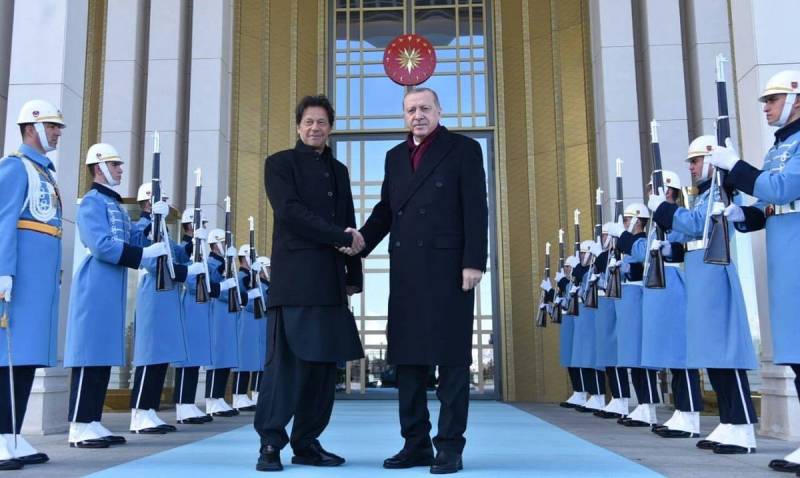 Both the leaders discussed various issues including bilateral relations, national and international issues of mutual interests. 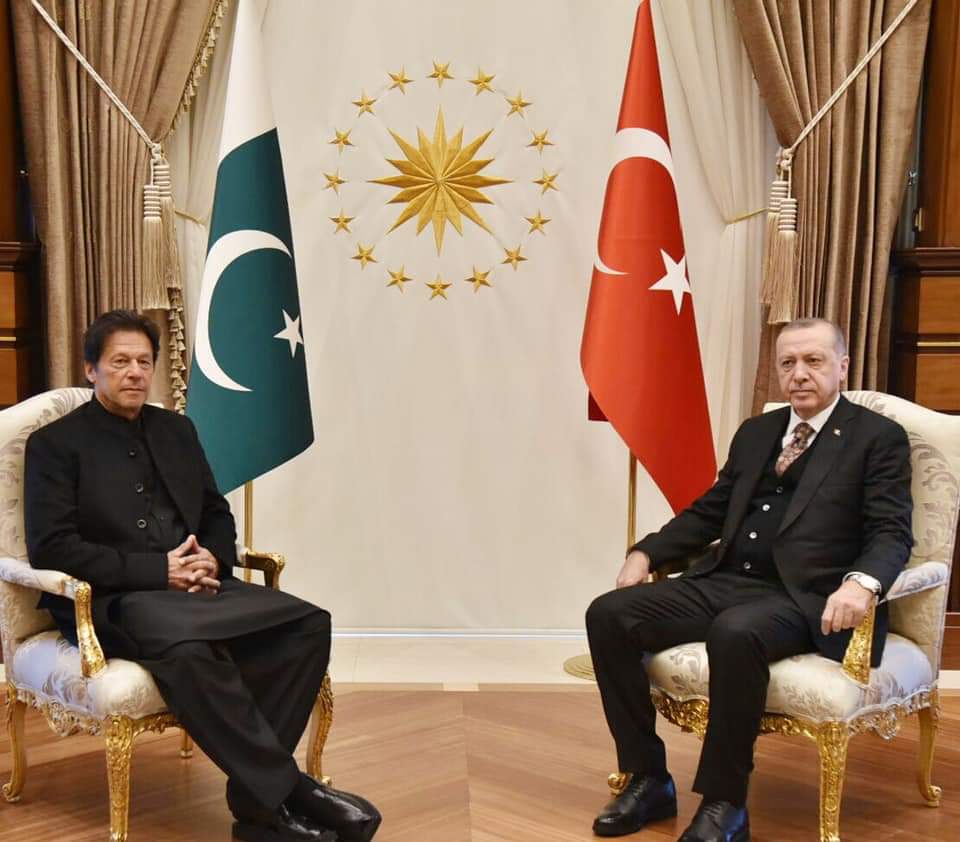 Earlier today, the premier addressed a delegation of Turkey-Pakistan Business Council of Foreign Economic Relations Board of Turkey (DEIK) in Ankara.

The premier said that it was high time that Pakistan and Turkey took their bilateral trade to a high level, citing Pakistan’s ideal geo-strategic location and its huge potential for investment in infrastructure and tourism.

Pakistan was a virgin territory as a lot of trade areas had not yet been exploited and hardly five percent of total mineral reserves could yet be explored, PM said during the address.

TOBB is the highest legal entity in Turkey representing the private sector with 365 member associations from local chambers of commerce and industry.

Moreover, PM Imran also visited the Mausoleum of Ghazi Mustafa Kemal Ataturk and laid a floral wreath at the grave and noted his remarks in the Golden Book.

In his remarks in the Golden Book, the prime minister wrote that it was an honour for him  to pay homage to one of the greatest statesman and visionary leader of the 20th century-Ghazi Mustafa Kemal Ataturk.

Before landing in the Turkish capital, Khan visited the tomb of renowned jurist and Islamic scholar Maulana Jalaluddin Rumi and laid a wreath at the grave in the Turkish city of Konya.