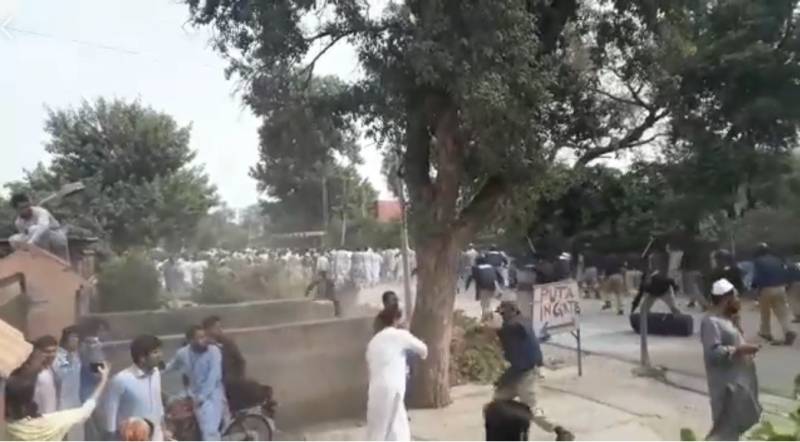 PESHAWAR - At least seventeen students were left injured after the police baton-charged a group of students staging a protest against a fee hike by the Peshawar University on Thursday.

The students were demonstrating against the fee swell for M.Phil and PhD, saying the increase was not at all acceptable, calling upon the administration to revoke the decision, reports local media.

On the other hand, the university administration is of the view that the increase has been done after two years and so it should not bother the students.

Reports of students attacked with assault rifles by the KP police, 17 students are critical and in emergency, 22 have broken skulls, 17 have legs broken, some kidnapped. This is by Naya Pakistan govt to the youth. IK’s own children sturdy in Washington and London #shame pic.twitter.com/E6EylJH93W

When the students started the demonstration, the police tried to control the situation through baton charge; the injured students were shifted to the Khyber Teaching Hospital while at least 28 of them were arrested by the authorities.

Academic activities at the institution came to a standstill following the protest.

"Students of the Peshawar University were protesting for their rights. Strict action should be taken against those who tortured the protesting students," said Bilawal.

He also demanded the immediate release of the arrested students and a reversal in the fee hike. PPP Chairman also asked for better medical treatment to the injured students and an strong action against those responsible for torture on students.