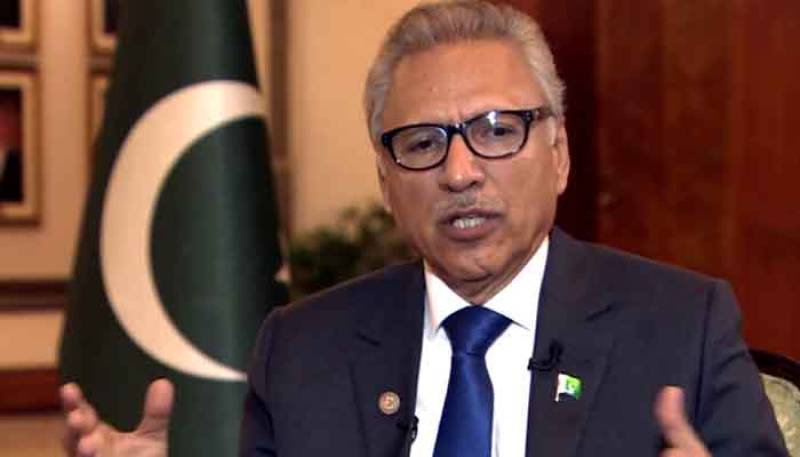 LAHORE - President Dr Arif Alvi says nations start building themselves when they start thinking of uplifting the weak and poor people of society.

Addressing the inaugural session of the 1st UHS International Dental Conference, organised by the University of Health Sciences in Lahore, the president said that Pakistan is a peaceful country and its people wanted peace in the region, whereas hostile attitude is being witnessed on the other side of the border.

Earlier, addressing a seminar on “Pakistan’s International Role and Development on Kashmir Issue" in Lahore, Dr Arif Alvi said the experience of Pakistan armed forces was incomparable and now the people of Pakistan were prepared as a nation as they faced many ups and downs.

He said Prime Minister Imran Khan spoke from his heart on all the topics which he raised during the UN General Assembly session, the Radio Pakistan reported.