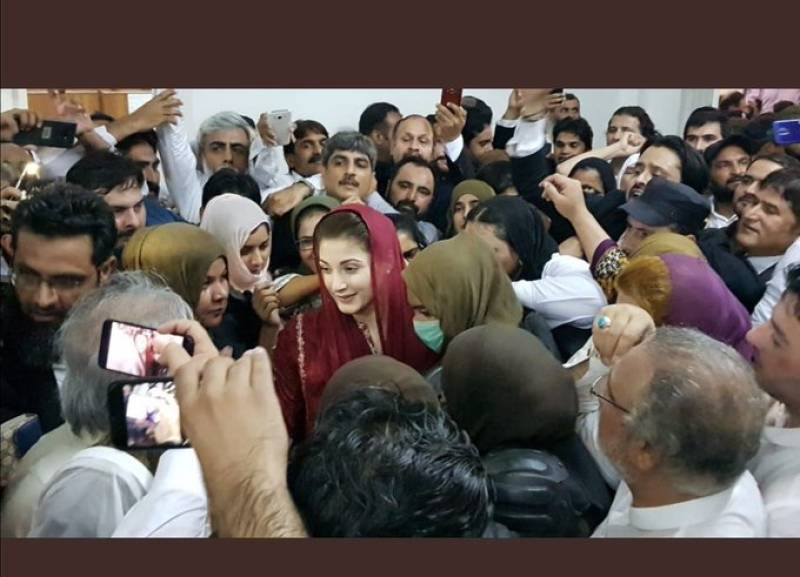 At the outset of the proceedings, the National Accountability Bureau (NAB) prosecutor pleaded with the court for extending physical remand of the accused for another 15 days. He submitted that further investigations were required into transfer of shares of the mills whereas Maryam Nawaz was not co-operating in this regard.

He submitted that Maryam Nawaz stated that the company Secretary Ajmal Sabtain and CFO Jawad Ahmad had a record of transfer of shares whereas they told that no record was available with them.

However, the defence counsel opposed the remand request, saying that the bureau obtained physical remand of the accused on same allegations earlier.

He submitted that a joint investigation team was constituted on the orders of the apex court and it had also investigated Chaudhry Sugar Mills' matter.

He submitted that the shares were transferred by Maryam's grand-father Mian Sharif during his life. He submitted that despite various investigations since 1994, nothing had been proved against Maryam Nawaz, whereas she did not have any link with money laundering.

The court, after hearing arguments of the parties, reserved verdict on remand plea for a short time but, later, extended physical remand of Maryam Nawaz and Yousaf Abbas for another 14 days and directed for producing them on September 18.

It is pertinent to mention that strict security arrangements were made on the occasion as policemen were positioned inside and outside the court, besides