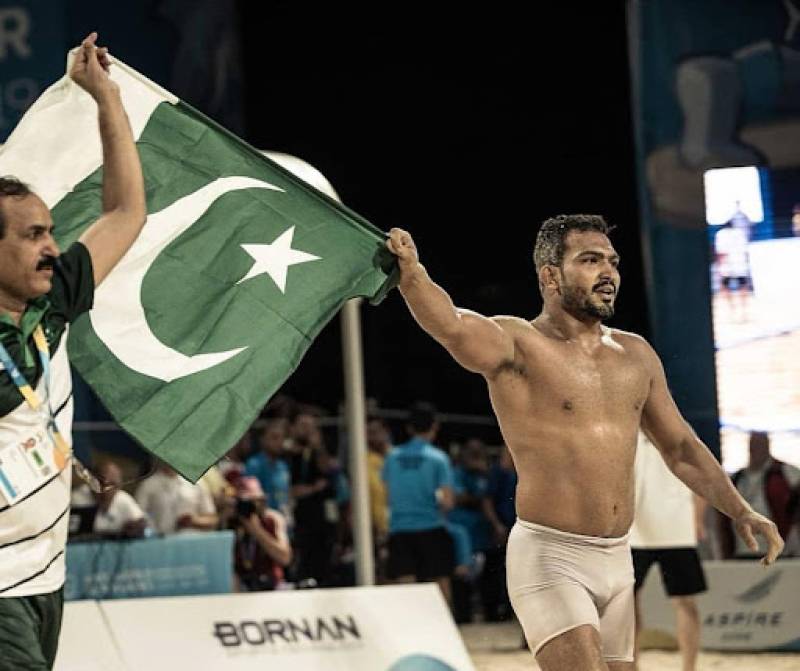 ROME – Pakistan's top grappler Inam Butt has qualified for the quarter-finals of the World Beach Wrestling Championship after he defeated the Greek wrestler in the second match of the game.

Reports in local media cited that the Gujranwala-based athlete, who clinched the first gold medal for Pakistan at the 21st Commonwealth Games, defeated Greece’s Georgios Tsaknakis in his second match within the 90Kg class and qualified into the knock-out stage.

The 35-year-old then defeated a Ukrainian wrestler. In the second match, Butt defeated his opponent by 3-0. He will now face Turkish Karadeniz Omer Faruk in the quarter-finals.

The Pakistani wrestler urged fans to pray for his victory as he expressed determination to get the gold for the country.

Butt had won the gold medal at the World Beach Wrestling Championship held in Turkey in 2018 by stamping his supremacy in the 90kgs freestyle final against his Georgian opponent with a rousing display of all-around performance.