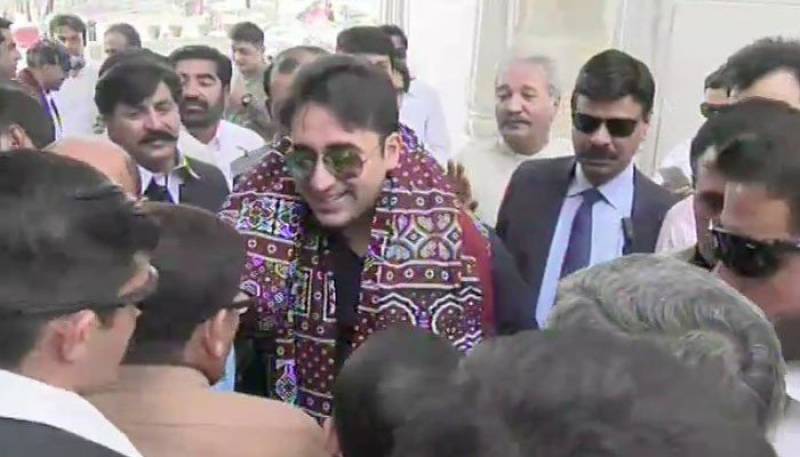 SUKKUR - Pakistan Peoples Party Chairperson Bilawal Bhutto Zardari said on Wednesday that the National Action Plan was not being implemented.

In his brief interaction with newsmen in Sukkur, he condemned the terror attack on the census team that claimed 6 lives in Lahore and stated that there was a consensus forming in the country that the National Action Plan was not being implemented in true letter and spirit.

Bilawal who arrived in Sukkur for a lunch hosted by opposition leader Khursheed Shah was also asked about his tour to Punjab and particularly Lahore.

"I keep on visiting Punjab and keep on working. I am travelling to Lahore tomorrow," replied the PPP chairman.

Upon his arrival, Bilawal Bhutto Zardari was welcomed by Khursheed Shah's son.

According to the in charge of the event, a special menu was prepared for Bilawal, which included vegetable curry, rice bread, chickpea curry and many other dishes, in addition to various seasonal fruits.

Other leaders of the party were also present on the occasion. The 28-year-old leader also visited Sadhu Bela temple.