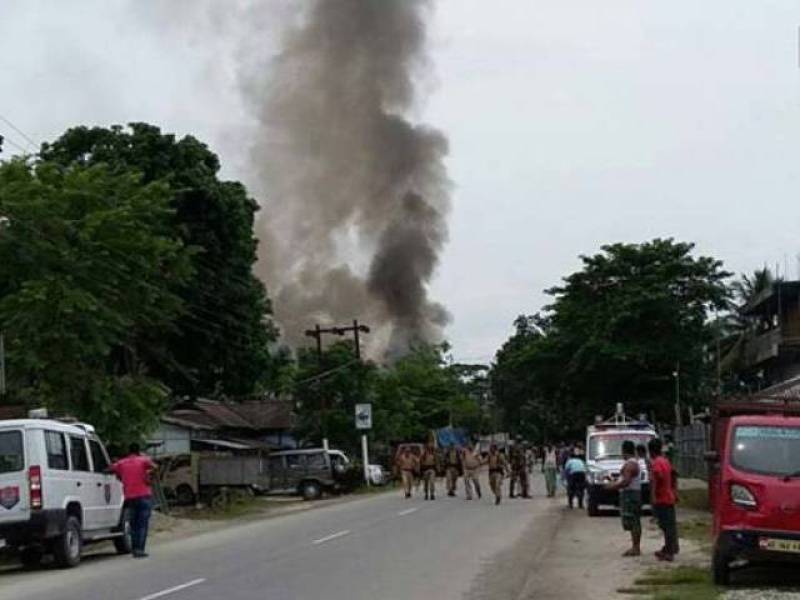 KOKRAJHAR, ASSAM, India (Web Desk) - At least 14 have been killed and fifteen are injured after militants opened fire at a busy market area in India’s restive northeastern state of Assam, in an attack blamed by the authorities on a regional separatist group.

The incident took place at a weekly market, NDTV reported on Friday. One of the militants also threw a grenade, said a witness. Reports suggest that security forces have killed one militant.

"At least three-four militants attacked the marketplace. Grenades were thrown...some militants are on the run," police chief Mukesh Sahay said.

Assam DGP Mukesh Sahay has said the attack was carried out by the National Democratic Front of Bodoland (Songbijit), or NDFB ((Songbijit)

This sudden incident of firing on people at a public place in broad daylight is first of its kind in the militancy-ravaged state. The shoot-out occurred when the state was in a state of high alert in view of the coming Independence Day.

Defence PRO Lt Col S Newton said, "we suspect there were at least three militants and one of them have been killed. Army is searching the area for the other militants."

A survivor, Santosh Narzary, a trader at the market, said, "I saw one gunman dressed in black raincoat-like gown and another two were sitting in an autorickshaw. He wasn't firing indiscriminately but targeting people and taking one shot at a time."