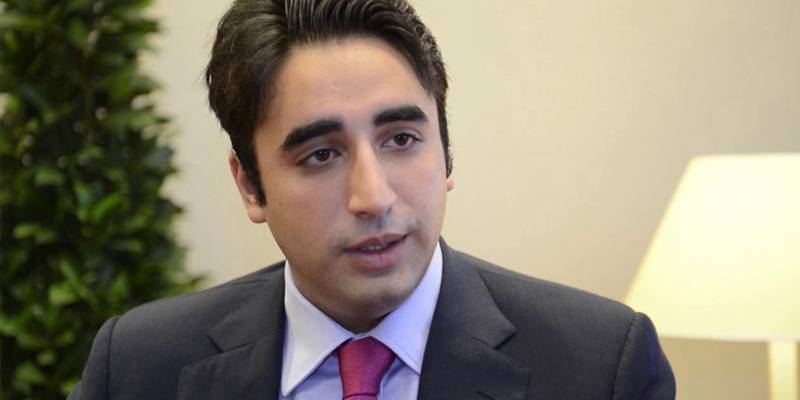 CHITRAL - Pakistan Peoples Party (PPP) Chairman Bilawal Bhutto Zardari on Saturday said that former prime minister Nawaz Sharif had been disqualified on those Articles of the Constitution which had been introduced by a military dictator General (later) Ziaul Haq.

He stated this while addressing a public gathering in Chitral, adding while referring to Article 62 and 63 of the Constitution, "We repeatedly highlighted that these laws have been added by a dictator unconstitutionally."

He commented that Nawaz Sharif wanted to use these articles against his political rivals, but himself became a victim of it.

"Don't be happy on just disqualification as you have to be accountable for every penny of the looted money," Bilawal said.

Referring to the recent inauguration of Lowari Tunnel, he said that ousted prime minister inaugurated the project, which had been initiated by the PPP.

Lashing out at PTI chief Imran Khan, he said that Nawaz Shair and Khan are two sides of the same coin.

Referring to Khan, he asked: " What kind of new things have you introduced in Khyber Pakhtunkhwa (KP) under the slogan of "change"?"

Highlighting the case of Ayesha Gulali who levelled serious allegations of harassment against PTI leadership, Bilawal said that accusations were being made by a minister within the party not an outsider.

The politics of Imran Khan revolves around accusing and abusing others, he said.

Bilawal accused Imran Khan and Jehangir Tareen of minting money through tenders, adding that the PTI was following the PML-N in this way.