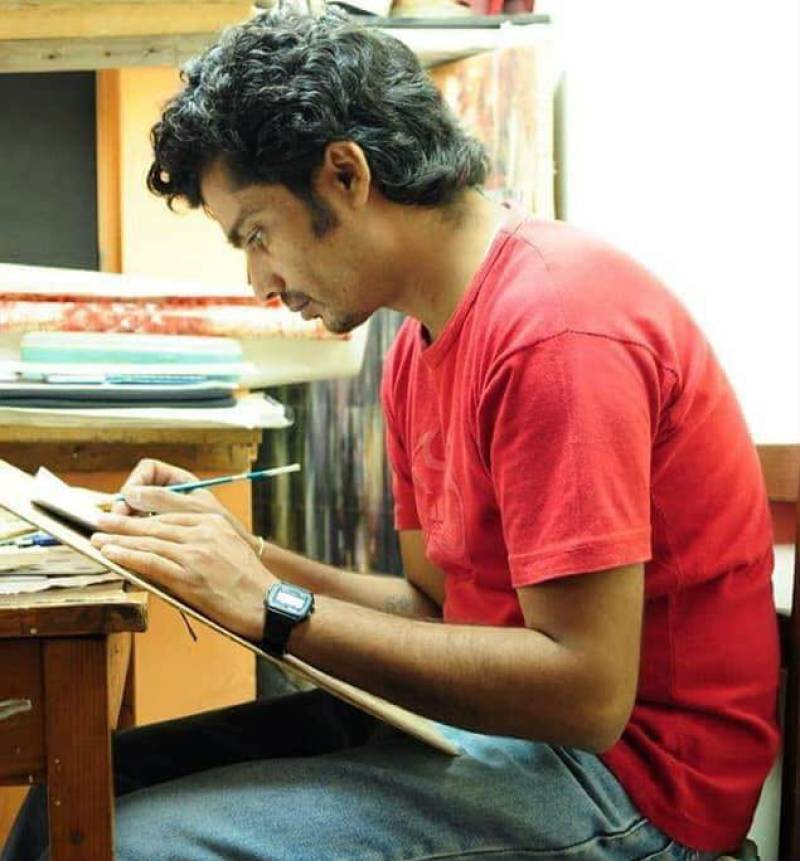 LAHORE - A young artist from Sindh was killed in Lahore over a dispute on payment of rent a couple of days ago.

A graduate from National College of Arts (NCA), Qutab Gul Rind had come to Lahore to attend an art show and was staying at a hostel in Sanda.

Earlier this week, the 32-year-old got into an altercation with the landlords of the apartment he had rented for his stay in the city.

His uncle, Gul Beg said that prime accused Ahsan Ali accompanied by his brother Waqas Ali and others came to his nephew’s place and tortured him. After beating him black and blue, they pushed him from the third floor of the hostel. The victim suffered serious injuries and was admitted to a hospital but could not survive.

Police said the motive behind the murder of Rind, who hailed from Jacobabad, was a dispute on payment of rent. The conflict was not incited by any religious or blasphemy issue at all, they added.

Police registered a case under murder charges against the accused persons on the complaint of Gul Beg and launched investigations. The victim’s uncle said police has arrested two accused persons in the case.

In the FIR, the suspects confessed that Rind was killed for committing ‘blasphemy’.

However, the suspects later changed their statements.

Rind’ family has denied any such allegations saying that his nephew was murdered over a dispute on the payment of rent.

MARDAN - A mass communication student was killed while five others were critically injured following violent ...

Last year, a journalist student was lynched in similar circumstances. 23-year-old Mashal Khan was accused of sharing blasphemous content on social media. The student of Abdul Wali Khan University was mercilessly beaten to death by an angry mob.