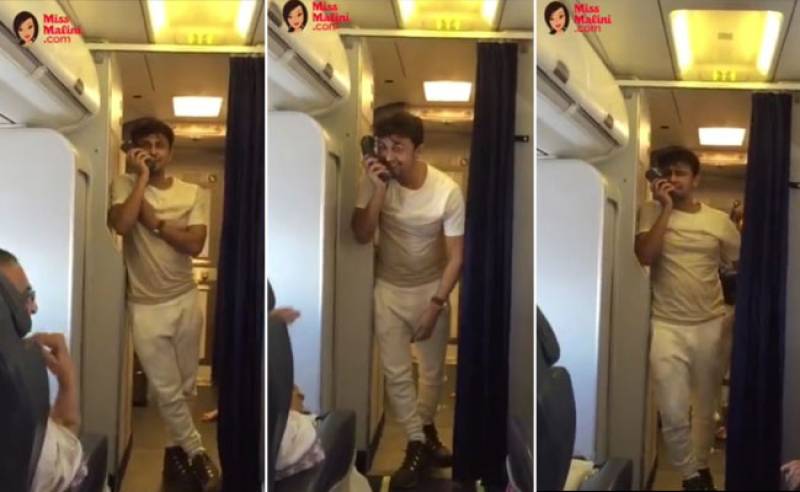 NEW DELHI (Web Desk) - Jet Airways has suspended the crew of that flight for letting Mr Nigam, 42, use the public announcement system on the plane for his impromptu concert nearly a month later.

The singer when sang on a flight from Mumbai to Jodhpur, just thrill passengers- the video also went viral.

"This act lack of common sense according to me is real intolerance," the singer retorted today (Friday). there were no announcements that needed to be made. "I have witnessed an elaborate fashion show in an aircraft...I have seen pilots and crew members cracking humorous jokes to loosen up passengers in other countries which is so cool," he said.

Civil aviation regulator DGCA feels very differently and asked Jet Airways to punish all cabin crew members on the flight. The airline in a statement said they have been suspended for "corrective training" to reinforce strict adherence to operating procedures.

On video, Sonu Nigam is seen dressed casually in a T-shirt and jeans leaning against a wall in the plane as he sings two of his most popular songs from the films Veer Zaara and Refugee.

Sonu Nigam recently surprised all the travellers on a flight when he went up to the in-flight intercom and started performing some of his best songs for them! They were definitely surprised :)