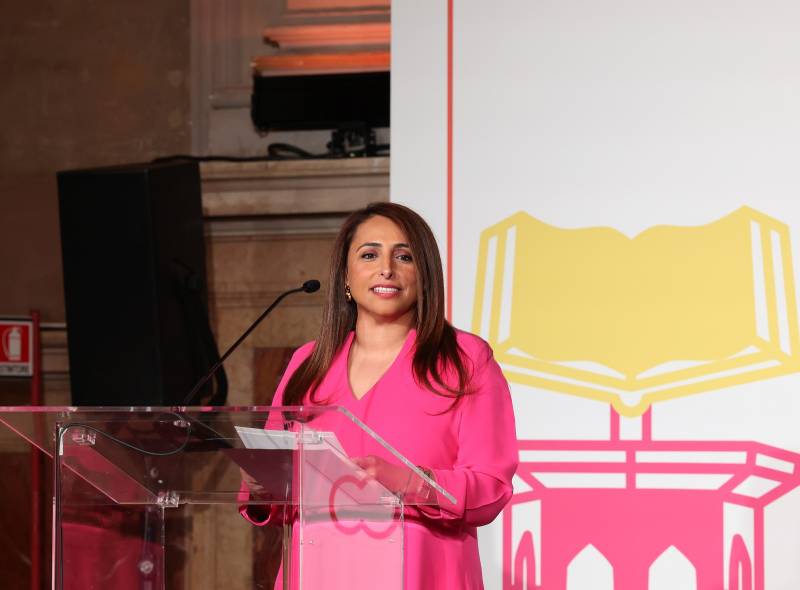 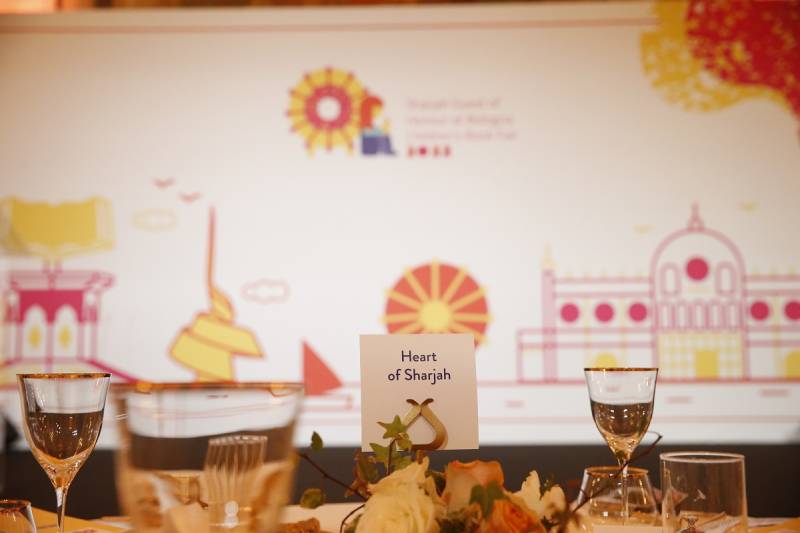 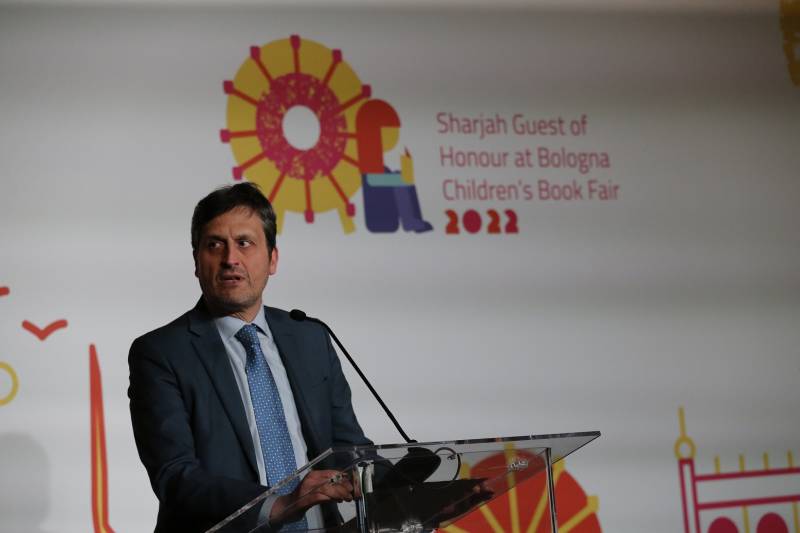 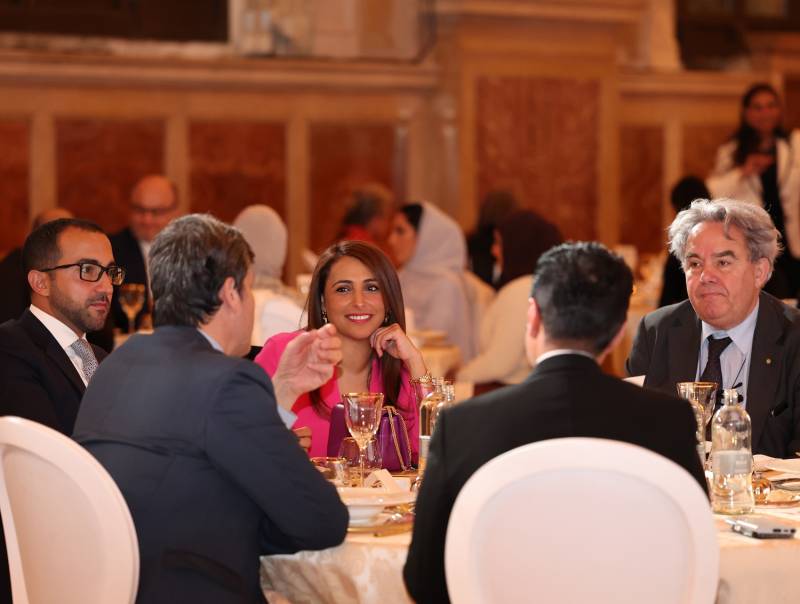 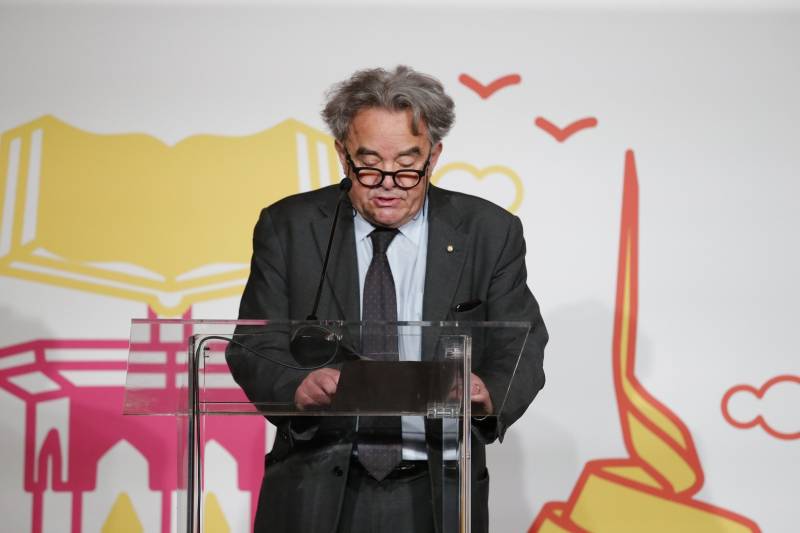 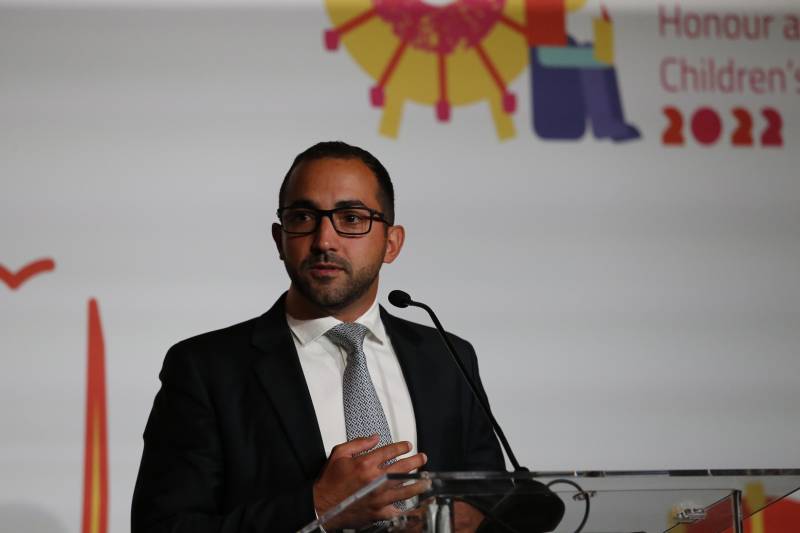 SHARJAH - In celebration of Sharjah’s prestigious Guest of Honour title at the 59th Bologna Children's Book Fair (BCBF), the emirate hosted a galaxy of international authors, publishers, and representatives of Italy’s cultural institutions at a celebratory dinner at Palazzo Re Enzo, a historic 13th-century building in the city of Bologna, Italy.

The event was an embodiment of the close relations between Sharjah and Bologna, andheld at the venue in which the first edition of BCBF wasorganised 59 years ago. Each guest table displayed the name of one of Sharjah’s cities or attractions, namely, Al Hira, Al Thaid, Al Wosta, Al Sharqan, Khorfakkan, Al Qasba, Flag Island and Al Majaz, among others,with a short brief on their history, unique characteristics as well as their social, cultural and economic importance.

Sheikh Fahim Al Qasimithanked the publishers and stakeholders of the publishing industry for their resilience and continued focus on building friendships across the globe despite the challenging period of the recent past.

Speaking about BCBF, he said: "At the book fair here, I see not the partnership but the true friendship between Sharjah and Bologna. I am excited and grateful for the opportunities that lie ahead, for our two cities, and for the publishing industry. Together, with other friends around the world, we can protect and nourish the publishing industry; as we specifically focus this week on children's books."

"The city of Bologna is alive with writers, illustrators, and publishers. The world of books is clearly thriving," added Sheikh Fahim Al Qasimi.

Highlighting the significant role of publishers in bringing out books that open children's eyes to the world and help them gain an understanding and appreciation for global cultures, the DGR Chairman asserted that "publishers are shaping a future for our children".

‘Love of books unites us’

Addressing guests at the dinner, Bodour Al Qasimi, President of International Publishers Association (IPA), said: "I come from the emirate of Sharjah, where we see ourselves as a cultural bridge between east and west. To help create a more harmonious world, we encourage and support cultural understanding and dialogue through books, reading, and literature”.

The IPA President added, "The written word has always been the link that connects people around the world, and the love of books is what unites us today. Our cooperation and partnerships will greatly impact the publishing scene, and then support and encouragement we give each other will strengthen our capabilities and advance the publishing industry."

Bodour Al Qasimi continued: "It is on this basis that Sharjah continues its journey to introduce its culture and heritage worldwide and to build bridges of understanding and dialogue to overcome cultural barriers. Sharjah will always keep its doors open to welcome people's stories and journeys from all over the world, enabling our children to learn about rich civilizations and expand their knowledge through books and stories."

For his part, Mauro Felicori, Minister of Culture of Emilia Romagna region said: “Even when the pandemic prevented us from organizing BCBF physically, Sharjah did not abandon us. The emirate kept supporting us. We have never seen such dedication to culture and communication, to building partnerships and supporting the book industry. Sharjah’s participation here reflects on the prominence of its cultural project; its guest of honor activities are being held all across Bologna’s schools through workshops and heritage shows. This has been amazing and very important for us in Italy.”

Asserting the importance of the Bologna Children’s Book Fair in uniting industry stakeholders and boosting cultural relations, Gianpiero Calzolari, Director of BCBF, said: “This international event serves as a global cultural ambassador for our region. It has enabled us to build close bilateral relations and strengthen friendships with key international cultural institutions as well as global cities like Sharjah. Through BCBF, we are promoting the publishing sector’s continued growth globally.