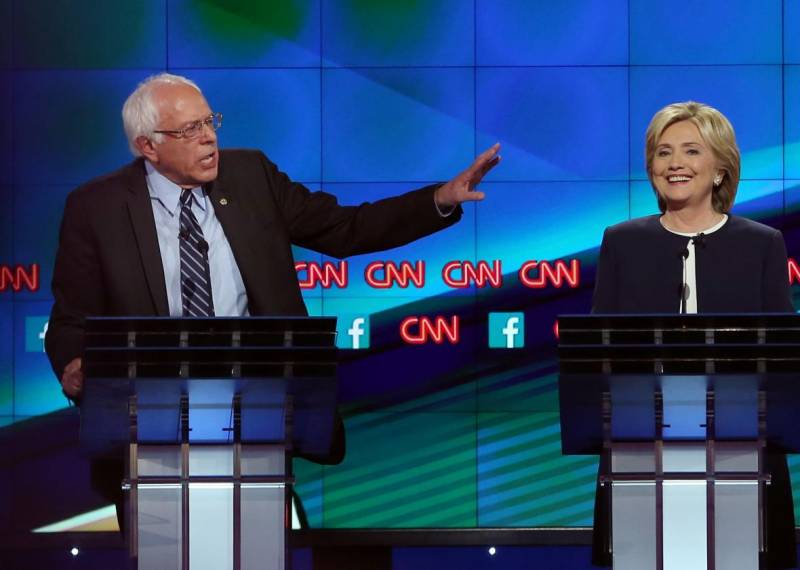 According to US media reports, Hillary maintained a hairline lead over Sanders in Kentucky obtaining 46.8% votes against 46.3%. Both candidates, however, won the equal number of pledged delegates out of a total of 55. 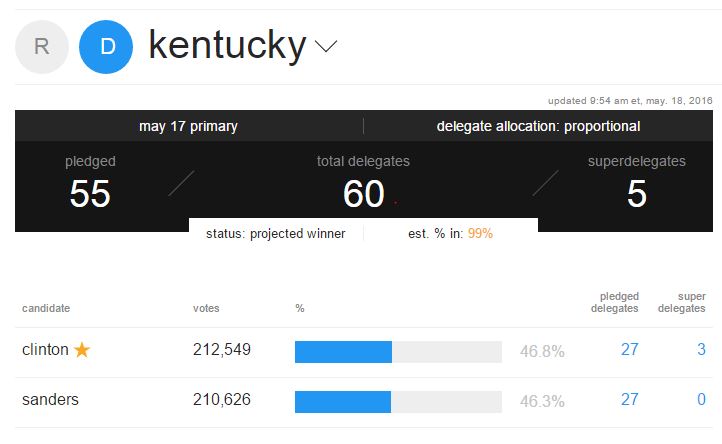 In Oregon, Sanders managed to bag 53.1% votes while Hillary lagged with 46.9% votes. Out of total 61 pledged delegates, they won 31 and 24 delegates respectively. 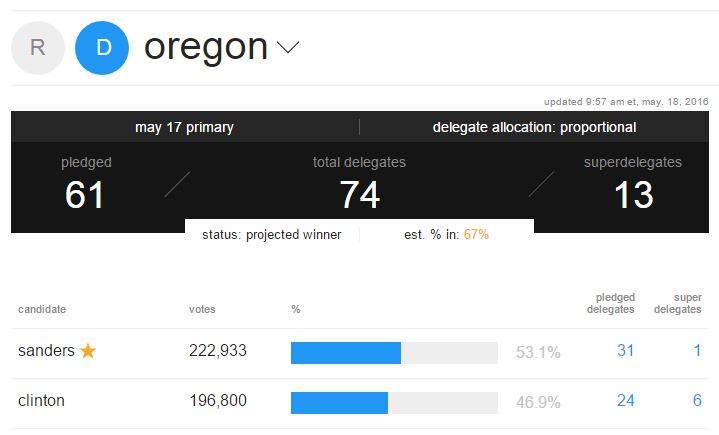 Republican forerunner Donald J Trump bagged another 18 delegates from Oregon, while John Kasich and Ted Cruz each won three delegates, despite their announcements to call off their presidential campaigns. 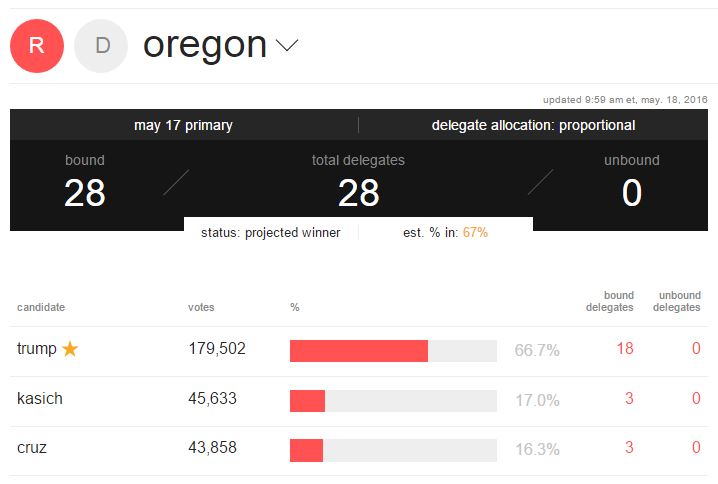 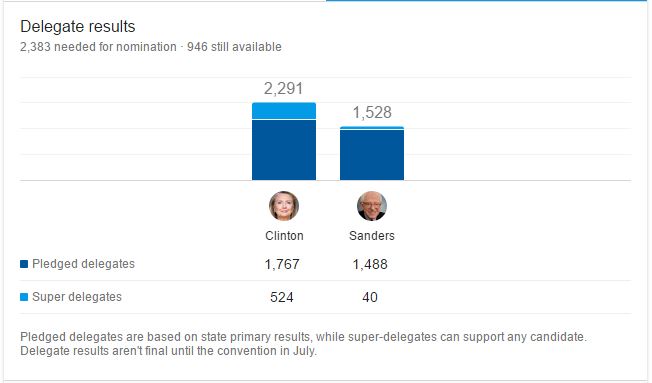 The Democrat fight will likely be decided in the first week of June, when some six US states, including California, will go for primaries. California has around 400 pledged delegates, and some huge victories on June 7 can turn the tables on Hillary Clinton.