Trump vows to bring back US troops from Afghanistan; reports progress in peace talks with Taliban 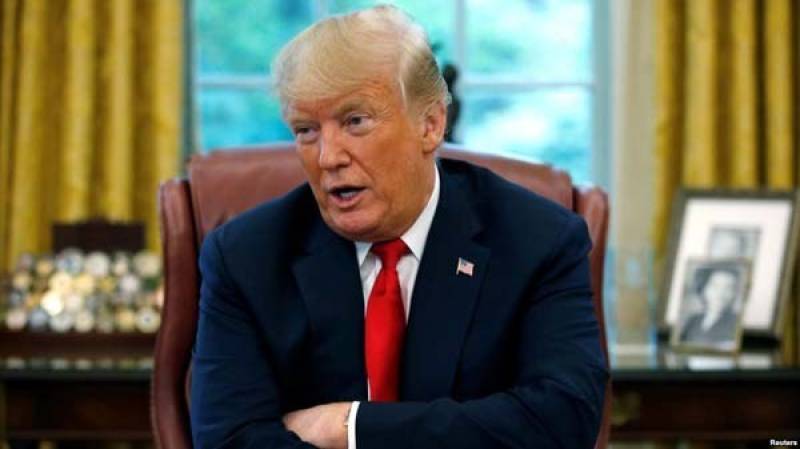 NEW YORK - President Donald Trump on Tuesday night told Americans that his administration was working to end the Afghan war – the longest conflict in the country’ history — and bring US troops back home, but he did not provide a timeline for the withdrawal.

He also reported progress in the ongoing peace talks with the Taliban aimed at concluding the conflict in the war-torn country. Pakistan has facilitated the talks.

“In Afghanistan, the determination and valour of our warfighters has allowed us to make tremendous progress, and peace talks are underway,” the president Trump said in State of the Union address to the joint sitting of the Senate and the House of Representatives.

“I am not looking to kill hundreds of thousands of people in Afghanistan, many of them totally innocent. It is also not our function to serve other nations as law enforcement agencies.”

“We are working to finally end America’s longest war and bring our troops back home,” he added.

“It is also not our function to serve other nations as a law enforcement agency. These are war-fighters, the best in the world, and they either want to fight to win or not fight at all,” he said.

The US president offered his blessing for continuing negotiations with the Taliban, which has been fighting the US-led NATO troops and the Afghan forces since 2001 when the Afghan group was deposed from power.

Trump gave the State of the Union address in the midst of impeachment proceedings in the Senate, and he criticized Democrats on issues of immigration and sanctuary cities, which give protection to illegal aliens not involved in any crime.

The nationally broadcast address was marked by visible tensions between the Republican President and House of Representatives Speaker Nancy Peolosi, a Democrat, with the Trump ignoring a handshake with Ms Pelosi at the start of his address and Pelosi tearing up Trump’s address at the end. Asked about his reaction to the President’s speech, an angry Pelosi said, “I tore it up.”

In his address, Trump highlighted a series of steps his administration has taken to realize growth at home and peace efforts abroad including presentation of a new Middle peace plan for resolution to Israeli-Palestinian conflict, a proposal which the Palestinians have already rejected.

Trump also told the gathering of lawmakers and invited guests that the US had eliminated ISIS leader Abu Bakr al-Baghdadi and now that terror group that once controlled vast swathes of territories in Iraq and Syria had been beaten back. The US, he said, was combating radical Islamic terrorism.