"With Love, From Pakistan" - An American Muslim Abroad 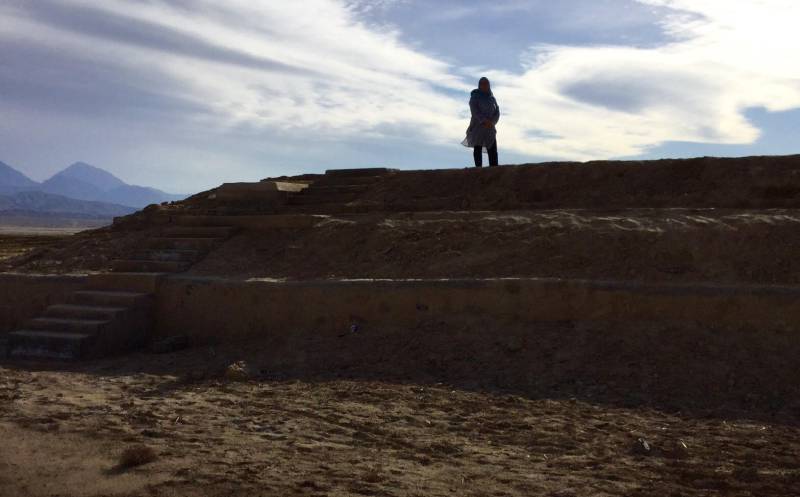 After 31 years I have had the opportunity to travel this past October to revisit family in Pakistan.

While away from my home in Tucson Arizona I was hoping to test a new diet plan, a news diet, but I failed.

While I did my best to stand my ground against the various fatty acids which take a toll on my Harrington heart and Conley temper, I bailed.

It's nothing to make light of, but I have found over the years a dollop or two of satire assists in my goals to a healthy regime.

Through bouts of load shedding, the shattering events in Paris, Colorado, and San Bernardino were tragic and grim reminders which brought me back to the table.

As news outlets and social media added to the buffet, a blood orange, thirsty for power rolled onto the buffet. At first glance, the brightly colored fruit was somewhat out of place. Out of place along side the numerous carbs dearly gorged upon by the 'merican public.

Although he realized their obsession with the norms of their palate, the orange prevailed in it's insistence to be the main course, thinking, 'Let me give my fellow Americans a taste of French cuisine. They will soon love me.'

And with that, a swift bold roll ensued; he began to quench his parched sections, one by one, in terrifying the diners with revenge against tortillas, frijoles, salsa, and yes, even the beloved avocado. As each pithy segment began to absorb his blood, the mass of gluttony began to swell.

While he had been denied a place at the table in the past due to a bad crop, the orange grew even bolder, as his skin was tough, leathery in appearance with a waxy, fake shine.

As more of his peel was removed, a new segment emerged. It was fluid in deceiving the patrons. The orange knew, from his core, if he could persuade the pips to join him, he may yet have an opportunity to be the king of the hash house.

He gave them a taste. It was bitter, sour. Unpleasing to many, yet quite a few shared a liking for this jolt, even in it's misconceptions. He struck the centerpiece and coiled in place, "Beware of couscous," he remarked. "Take warnings against olives, curries, samosas, and the like. Be especially aware of basmati rice too, as it can be deceiving. Replace it with Minute Rice, it's cardboard fiber will do you some good. If you digest any of the others, heartburn will follow."

Mayhem took hold. There was a rush to the smorgasbord. Many of the customers reveled in a food fight. Throwing couscous to the floor, crushing olives, and smashing samosas before their last hidden bites.

Quite a few lost their appetites and began to clean up though. They assembled into small groups to wash away the destruction. One by one they regrouped. They discussed the value of food. It's health benefits, nutritional values. The ethics of waste and the results of such consequences.

A new dish appeared on the table. It covered nearly the whole buffet. It was wholesome, with an array of colors and varieties. The aroma itself was an invitation to join the cuisine.

There were more blood oranges, without the waxing film, an assortment of apples, kumquats, cherries, pineapples, grapes, sharifa's. And more, so much more. The patrons lost count as they decided to enjoy the delicious, refreshing familiar and untried zest of this moveable feast.

They were satisfied and decided to gather as often as possible to partake in such lively and heart warming events. "Breaking bread with one another," they reflected, "adds a quality of life dearly needed in place of the stale, hard crusted temperament of days old bread."

Still though, some of the patrons stood at the counter to scavenge at the drying, pithy segments of the blood orange. Sadly, their heartburn increased due to the acidity.

They were fewer in number now, what with the majority of customers enjoying the results of their banquet. As many at the buffet professed, spreading the richness of balancing their diets with more assortments of delicious morsels than ever before was a testament to combating past reluctances and fears in partaking of new flavors.