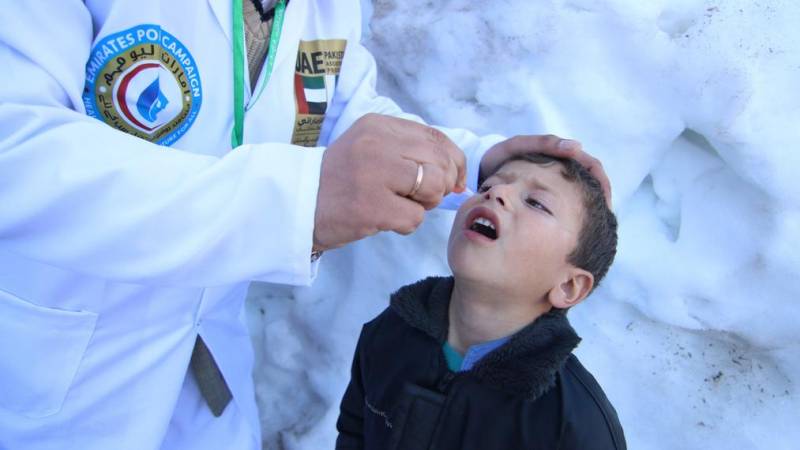 ISLAMABAD – The United Arab Emirates (UAE) on Saturday provided over 371.1 million units of polio vaccines to more than 57 million Pakistani children between 2014 and December 2018, through its anti-polio drive in the country, under the UAE-Pakistan Assistance Programme, UAE-PAP.

The campaign is part of the efforts to eradicate polio in the world and reflects the UAE leadership s keenness to strengthen global efforts to reduce the spread of epidemics and prevent their impact on children.

Shaikh Mohammad bin Zayed donated $167 million (AED613.31 million) for the efforts aimed at eradicating poliomyelitis and the provision of vaccines for children, especially in Pakistan and Afghanistan.

Abdullah Khalifa Al Ghafli, Director of UAE-PAP, said the campaign administered 254.4 million doses of vaccines between 2014 and 2017 to 43 million Pakistani children. The geographical coverage of the campaign expanded in the past years to include 83 areas in four provinces of Pakistan, he added.

Al Ghafli praised the support provided by the Bill and Melinda Gates Foundation for the UAE s campaign and its strategic partnership with His Highness Sheikh Mohamed’s initiative to eradicate poliomyelitis worldwide through funding and providing assistance in a number of areas.

The campaign is being implemented in various regions of Pakistan with the support of more than 96,000 workers including doctors and nurses and more than 25,000 members of safety and security, management and coordination teams.

LAHORE - As many as 745 polio cases were reported in KP in the year 2018 registering a significant decrease as compared ...

As recently as 30 years ago, wild poliovirus paralysed more than 350 000 children in more than 125 countries every year. Today, the virus has been beaten back to less than 30 reported cases in 2018 in just two countries – Afghanistan and Pakistan.