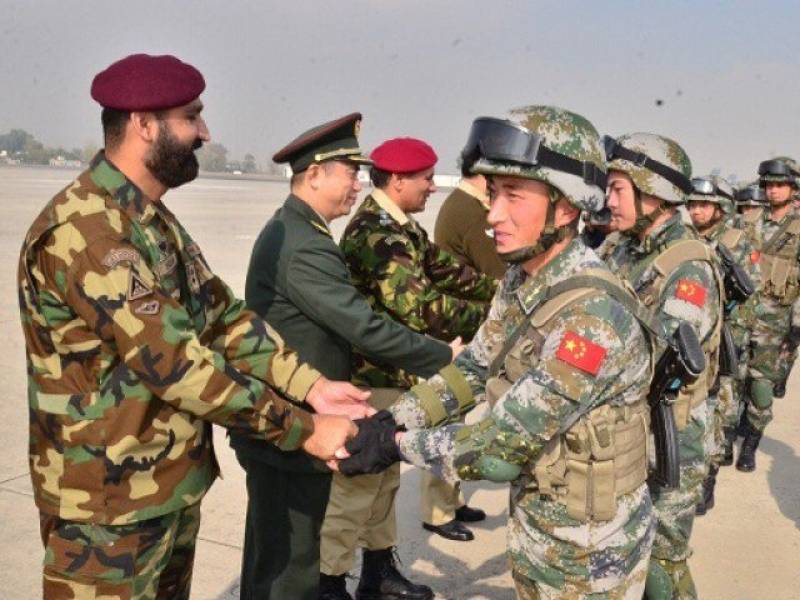 The four-week long joint exercise aimed at sharing respective experiences in the field of counter-terrorism operations and learn from each other’s expertise, it added.

This was the sixth joint exercise of the series as part of bilateral military cooperation between both friendly countries.

In December last year, a contingent of, Joint International Air Drill of Pakistan and China, Shaheen VII, also took place at an operational airbase in Pakistan.

According to a Pakistan Air Force spokesperson, the Chinese contingent included pilots and air defence controllers.