Rallies held across Pakistan to mark right to self-determination day 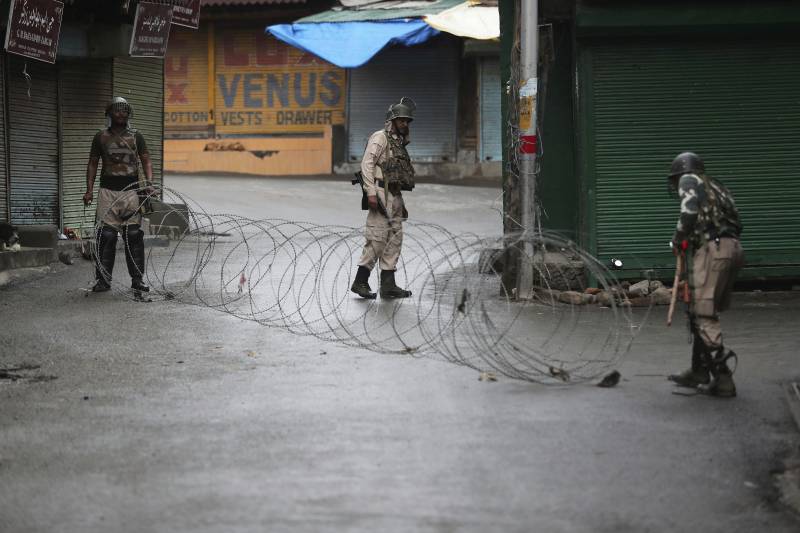 Kashmiris on both sides of the Line of Control and the world are observing the special day to remind the UN to implement its own resolutions on the dispute passed this day in 1949. Around 7 decades back, the United Nations Commission for Pakistan and India adopted a resolution that guaranteed the Kashmiris’ right to self-determination through an impartial plebiscite.

In his message on the occasion of Right to Self-Determination Day, President Dr. Arif Alvi has said that India cannot mislead the international community over its state-terrorism being perpetrated with shameless impunity in Indian Illegally Occupied Jammu and Kashmir.

Alvi said that the use of brutal force will never succeed in breaking the will of Kashmiris in their just and legitimate struggle.

Prime Minister Imran Khan, in his message, said that durable peace in South Asia is contingent upon peaceful resolution of the Jammu and Kashmir dispute in accordance with international legitimacy.

Pakistan reiterates its commitment to uphold the fundamental human rights of the people of Jammu and Kashmir and pay homage to Kashmiris' just struggle spanning more than seven decades, he said adding that we are commemorating this day to remind the world community that it cannot abandon its moral and legal responsibilities towards the Kashmiri people.

The premier stressed that India has turned the occupied territory into the largest open-air prison and the most militarized zone in the world with the presence of 0.9 million troops.

ISLAMABAD – Pakistan's Foreign Minister Shah Mahmood Qureshi has reminded the United Nations of its promise of ...

India's illegal and unilateral actions of August 5, 2019, and subsequent measures, particularly pertaining to domicile rules and land ownership laws, were aimed at changing the demographic structure of IIOJK and converting the Kashmiris into a minority in their own land, Khan said.