'UN must live up to its promise to Kashmiris,' Pakistan's FM says on Self-Determination Day 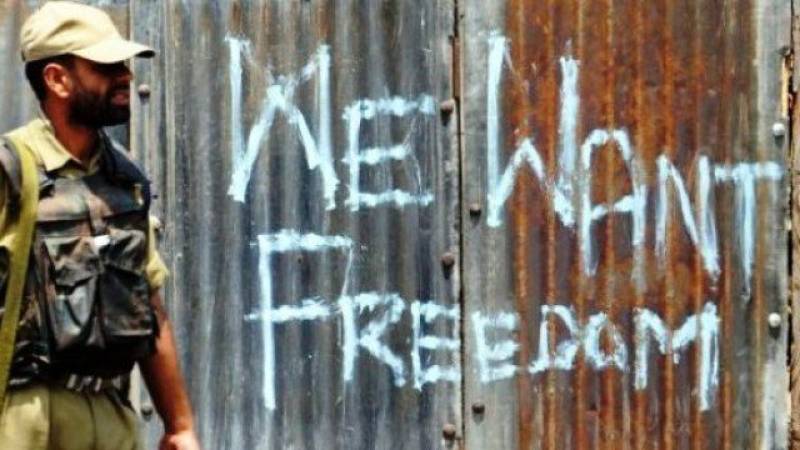 ISLAMABAD – Pakistan's Foreign Minister Shah Mahmood Qureshi has reminded the United Nations of its promise of granting right to self-determination to Kashmiris.

"Self-determination is one of the fundamental rights codified in all major human rights instruments as well as the United Nations Charter. The denial of this right and subjugation of Kashmiris in IIOJK is negation of human dignity," FM Qureshi said in his message on the occasion of Self-Determination Day.

The minister further said that India must be urged to allow the UN fact finding mission to the Indian Illegally Occupied Jammu and Kashmir (IIOJK) to investigate the reports of grave human rights violations there.

"Today marks the completion of 73 years since the United Nations committed that the Jammu and Kashmir Dispute would be decided through the democratic method of a free and impartial plebiscite.

"Through its resolution of 05 January 1949, the United Nations Security Council affirmed its support to the realization of inalienable right to self-determination of Kashmiris," he added.

Unfortunately, Qureshi said this right has not yet been realised for Kashmiris because of continuing oppression by India in IIOJK.

In the last seven decades, three-generations of Kashmiris have rendered tremendous sacrifices for their just struggle, yet their human dignity is being violated on daily basis in IIOJK, he mentioned.

Since its illegal and unilateral actions of 5 August 2019, India has been relentlessly pursuing further consolidation of its illegal military occupation, including through land confiscation, influx of non-Kashmiris and creation of alien settlements in IIOJK in flagrant violation of international law especially the UN Charter, relevant UNSC resolutions and the Fourth Geneva Convention.

"The surge in fake encounters and so-called cordon-and-search-operations has resulted in the martyrdom of over 500 Kashmiris since August 5, 2019. This is abhorrent manifestation of the callous behavior and moral bankruptcy of BJP-RSS combine," Qureshi added in the statement.

"Pakistan calls upon the international community, including the United Nations, human rights organizations and the global media, to take full cognizance of the aggravating situation in IIOJK and hold India accountable for egregious human rights violations and serious crimes against humanity in the occupied territory," he continued.

"Pakistan remains fully supportive of and stands in solidarity with its Kashmiri brothers and sisters. We will continue to extend all possible support to the Kashmiris till the realization of their unalienable right to self-determination in accordance with the UNSC resolutions and the wishes of the Kashmiri people," he concluded.