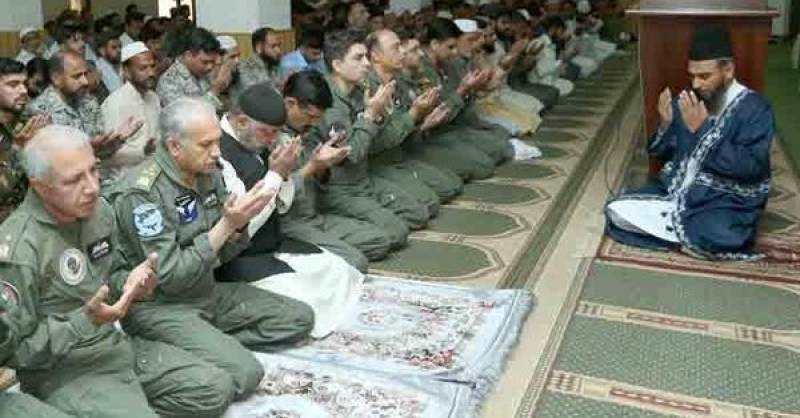 ISLAMABAD – Chief of the Air Staff Pakistan Air Force (PAF) Marshal Mujahid Anwar Khan Wednesday visited an operational air base to celebrate Eidul Fitr with the PAF personnel deployed at the base.

Special prayers were offered for the security and progress of the country during Eid congregation. Later, the air chief exchanged greetings with the air and ground crew, a press release said.

Talking to the PAF personnel, the air chief lauded their selfless commitment and devotion to duty during these testing times.

He further said he felt elated to see the motivated personnel celebrating this festive occasion away from their dear ones for the sake of our beloved motherland.

He said by the grace of Allah, the PAF personnel proved equal to the task by exhibiting strong commitment and unmatched valour during the recent conflict with adversary.

"We have shown our resolve to defend country's aerial frontiers in the past and would do the same in the future, whenever challenged," the ACM added.