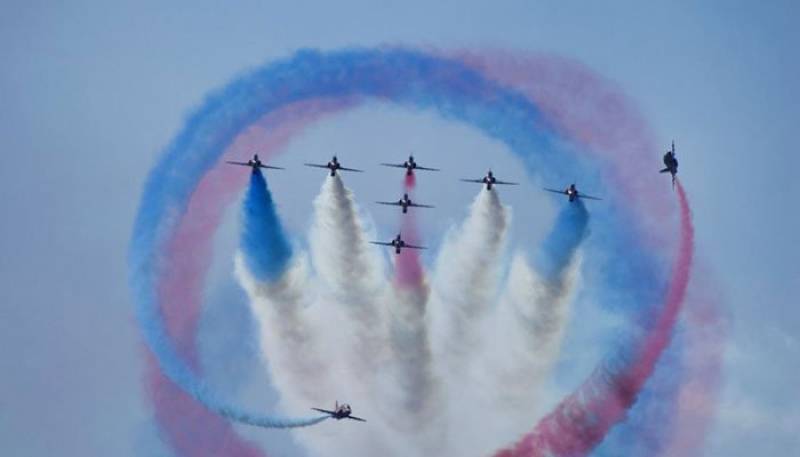 KARACHI – To mark the celebrations of 70-year friendship between Pakistan and the United Kingdom, UK Royal Air Force Aerobatic Team, commonly known as the Red Arrows, performed a stunning airshow in Karachi on Thursday.

The Red Arrows are among the most renowned aerobatics display teams in the world and also the pride of the Royal Air Force.

The foreign team, consists of more than 120 personnel, including pilots, engineers and essential support staff, along with Pakistan's JF-17 Thunder fighter aircraft held the reins of public through fantastic display.

They are known for their combination of close formations and precision flying as well as using coloured vapour trails leaving red, white and blue across the sky.

The Red Arrows were given their nickname as the training aircraft they use is predominantly red. 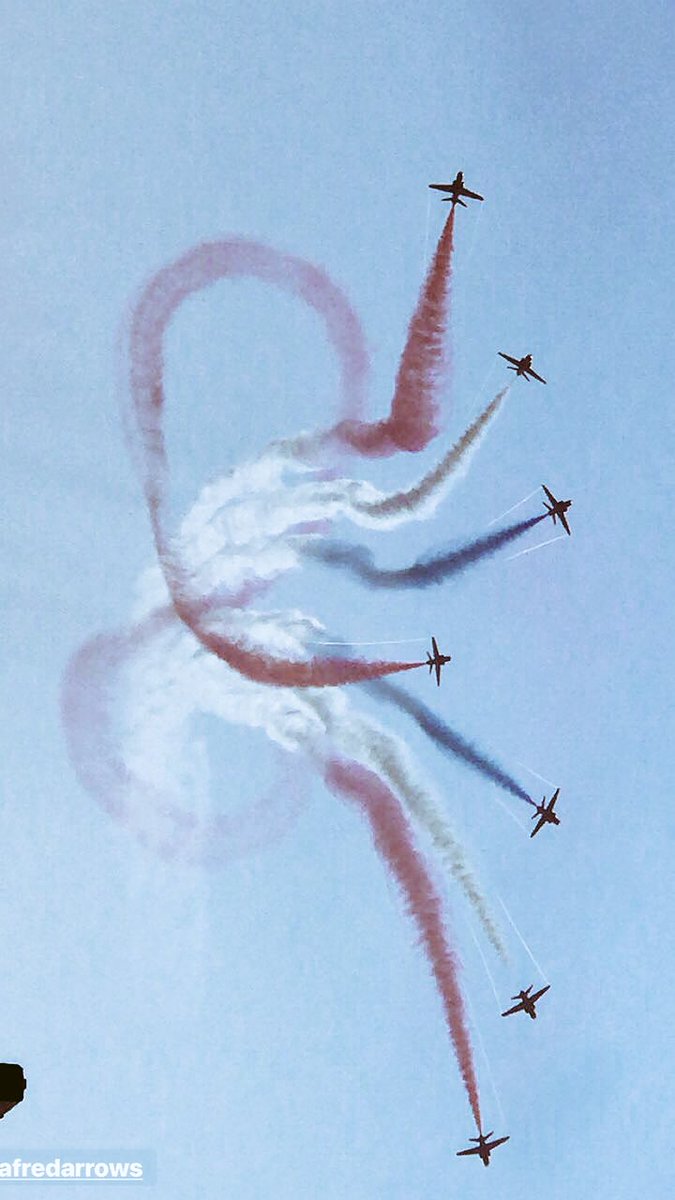 The pilots are often the most highly qualified and experienced in the RAF and last year flew in 4,800 displays in 57 countries. It is believed they are touring Pakistan after 20 years.

The team currently flies the BAE Systems Hawk T1 jet and can fly as low as 100 feet and reach speeds of up to 600 miles per hour.

The Red Arrows are currently based at RAF Scampton in Lincolnshire and that is where they practise their heart-stopping routines.