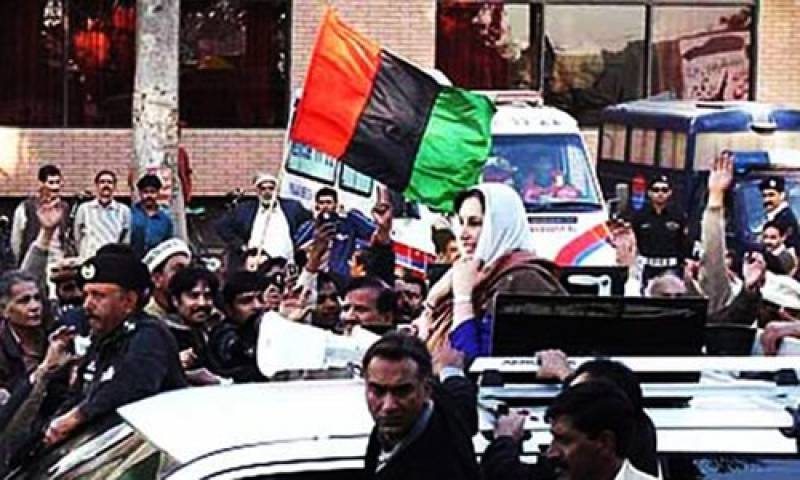 At the onset of the hearing, Justice Khosa remarked that the whole world was surprised and saddened at the murder of Benazir adding that the bench would look into the pieces of evidence instead of suspicions.

The bench wondered whether the accused should be handed down punishment on the basis of clauses related to anti-terrorism.

During the hearing, the petitioner's counsel, Latif Khosa, informed the court that his client, Rashida Bibi, has passed away.

RAWALPINDI - An Anti-Terrorism court (ATC) on Thursday while announcing the verdict in the Benazir Bhutto murder ...

To this, the counsel of the police officers said that the petition is ineffective following the death of the petitioner.

Upon this, Justice Khosa then asked whether the petitioner's family members had filed a petition and upon being told that Bibi's daughter had in the last hearing become a party to the petition, rejected the police officers' lawyer's request to declare the petition ineffective.

Justice Khosa then asked Bibi's lawyer to continue with his arguments.

On August 31, 2017, an anti-terrorism court in Rawalpindi announced the verdict in the Benazir Bhutto murder case and acquitted five suspects while announced 17-year imprisonment for two police officials, then city police officer, Saud Aziz, and the then superintendent of police, Khurram Shahzad.

Benazir Bhutto, Pakistan Peoples Party (PPP) chairperson and two-time former prime minister, was assassinated in a gun and bomb attack while she was exiting Rawalpindi’s Liaquat Bagh on December 27, 2007.

An FIR over the incident was registered on behalf of the state following which the murder trial of five suspects began in February of 2008.

In its August 2017 verdict, the ATC had also declared former president General (retd) Pervez Musharraf an absconder in the case.