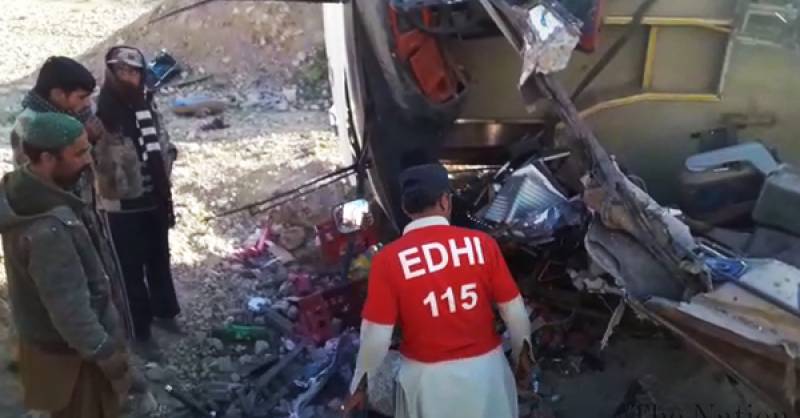 ISLAMABAD – As many as nine persons were killed and eleven others were injured when a speeding passenger coach fell into a deep trench near Makran Coastal Highway on Saturday morning.

According to Deputy Commissioner Lasbela, the bus was travelling from Pasni to Karachi, a private news channel reported.

Police said the accident happened due to tyre burst in which result the driver lost control over the vehicle.

Police and rescue teams shifted the bodies and injured to a nearby hospital.