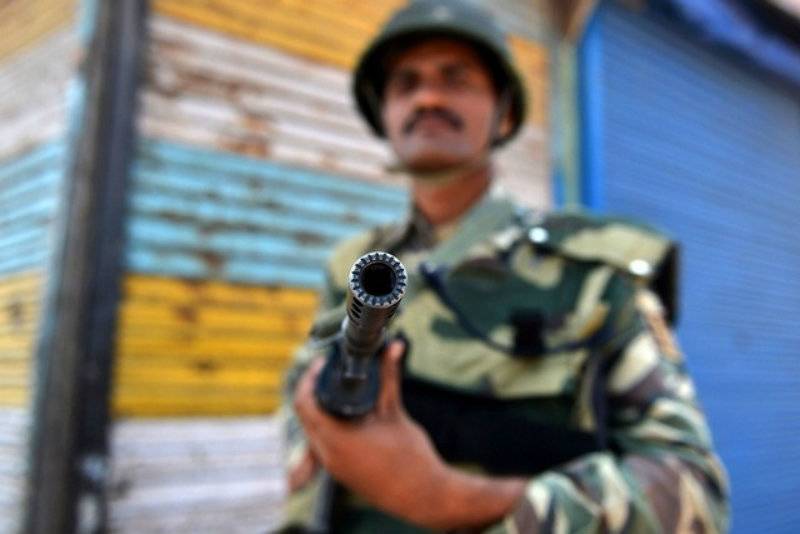 SRINAGAR - Indian occupation forces will use chilli-based shells instead of pellet guns to quell protests in Held Kashmir, a senior minister said Monday, after hundreds of civilians sustained serious eye injuries in several weeks of unrest.

Hundreds of people including women were injured in the day, after Indian forces randomly fired pellets on pro-freedom rallies and protest demonstrations in the Kashmir Valley. 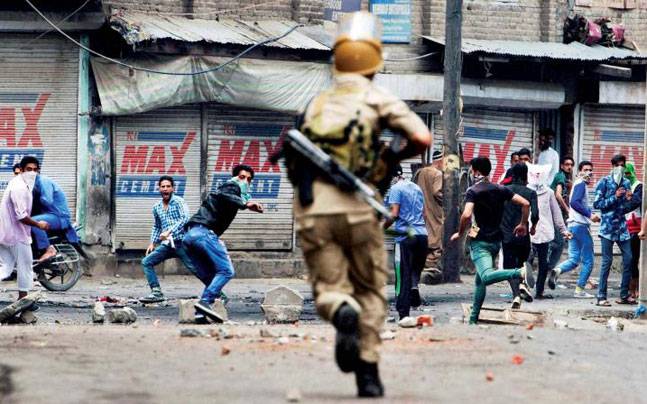 During the past 59 days, the number of injured by the brute force used by Indian troops has risen to ten thousands. Some 90 people have been martyred during the period.

The government has been coming under growing pressure over the level of casualties in Kashmir during protests against Indian rule since the death of a popular rebel leader Burhan Wani on July 8 in a gunbattle with soldiers.

More than 70 civilians have been killed and thousands injured in the worst violence to hit the Muslim-majority territory since 2010, with many sustaining injuries from metal pellets fired from pump-action shotguns.

Kashmiris in large number Monday took to the streets in Srinagar, Bandipora, Baramulla, Gandarbal, Pulwama, Shopian, Islamabad, Kupwara, Badgam and Kulgam districts to convey to the visiting Indian parliamentary delegation that Kashmiris were not ready to accept any solution to the Kashmir dispute within the framework of Indian constitution.

Speaking on his visit, Rajnath Singh said an expert panel had recommended the use of Pelargonic Acid Vanillylamide (PAVA) shells as an alternative to the mainly lead-based pellets.

"The expert panel suggested the use of PAVA shells and I understand that no one can die from it," Singh told reporters as fresh violence erupted in parts of the territory.

"Since yesterday, 1,000 shells have already reached Kashmir," he added.

PAVA, also called Nonivamide, is present in chillis and is commonly used to make pepper spray.

The pellet guns are meant to minimise fatalities in protests although the law gives the armed forces a relatively free hand to use lethal force, especially against suspected militants.

But although they rarely result in deaths, the birdshot from the pellets can often blind victims if the fragments hit them in the eye. 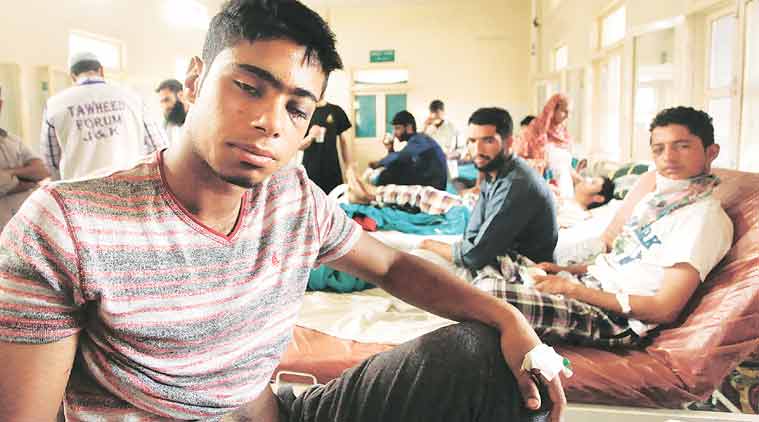 Hospitals say they have treated around 600 patients with eye injuries in the last two months, many of whom will never recover full vision.

Authorities lifted a curfew in most parts of the territory late last month, but schools, shops and many banks remain closed while residents struggle with a communications blackout.

Meanwhile, the troops barged into the houses in many areas of the occupied territory, vandalized the property and thrashed the inmates. They even broke into the Srinagar Municipal Corporation building at Rawatpora Baghat, and ransacked official documents, damaged furniture, electronic appliances, doors and windows.

A woman fell fainted after troops attacked a rally at Bagh-e-Mehtab in Srinagar.

Police surrounded the residence of senior APHC leader, Agha Syed Hassan Al-Moosvi Al-Safvi to prevent him from leading a pro-freedom rally in Khanpora area of Badgam.

On the other hand, in the backdrop of United Nations Secretary-General urging the Sri Lanka government to redress alleged wrongs of war, the Sikh organization Dal Khalsa today asked Ban Ki-Moon why the world body had chosen to remain silent on India’s wrongdoings on Kashmiris, Sikhs and other minorities.

Ban Ki-moon is on his three-day visit to Sri Lanka. Dal Khalsa’s spokesperson Kanwar Pal Singh in a statement said that India was suppressing aspirations of Kashmiris and Sikhs, refusing to recognize their right to self-determination and committing grave human rights abuses.

A protest demonstration was held outside UN headquarters in New York to condemn the ongoing barbarism unleashed by Indian forces in Kashmir.

Kashmir has been divided between India and Pakistan since the two gained independence from British rule in 1947. Both claim the territory in full.

Several rebel groups have for decades fought Indian soldiers - currently numbering around 500,000 - deployed in the territory. They demand independence for the region or its merger with Muslim majority Pakistan.