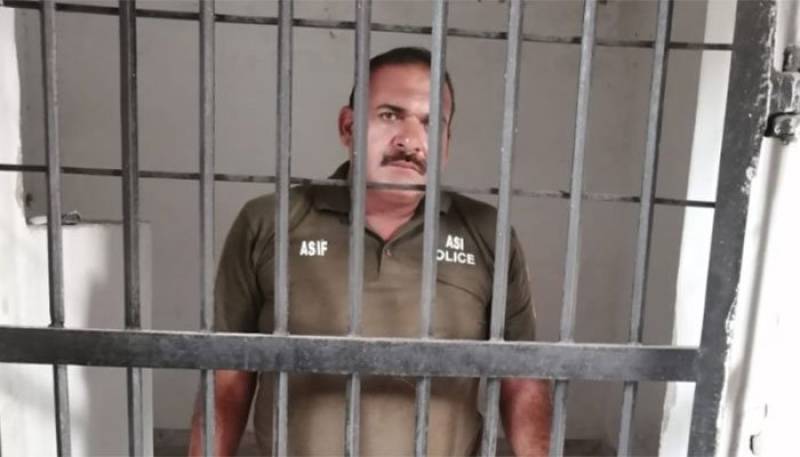 LAHORE - A senior officer of Punjab police, who was caught on camera misbehaving with an elderly woman, was suspended and arrested on Wednesday.

Assistant Sub-Inspector (ASI) Asif was seen misbehaving with an old woman, a video of which was captured and uploaded online a few hours ago.

The social media users - who are already demanding police reforms in the wake of the death of viral ATM 'thief' Salahuddin - shared the video of the ASI multiple times and put pressure on the government to take him to task, following which he was arrested.

The police officer could be seen intimidating the old woman and throwing her stick away, all of which was captured through a mobile phone camera.