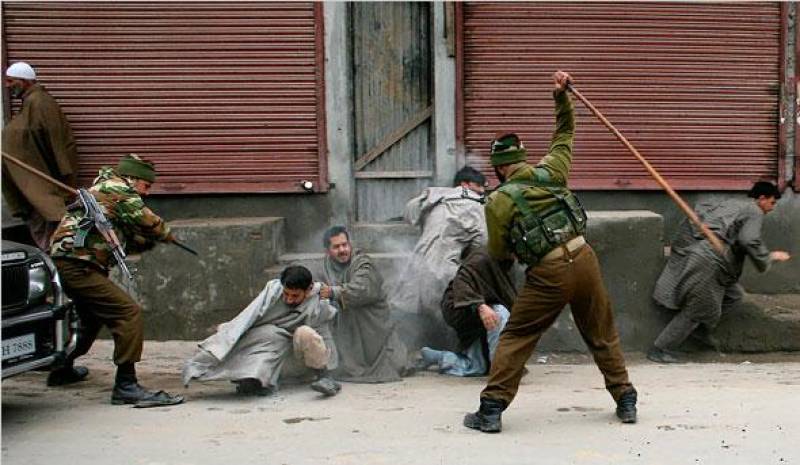 LAHORE - People from all walks of life in Pakistan are observing Kashmir Solidarity Day today (Friday) to express their support to the Kashmiris in the struggle for their inalienable right to self-determination.

Rallies will be staged across the country, while lawyers community attended the court hearings wearing black armband to register their protest against Indian atrocities in the Occupied Jammu and Kashmir.

The decision to observe April 6 as the Kashmir Solidarity Day was taken by the federal cabinet after Indian forcer in the latest act of state terrorism martyred 20 Kashmiris and injured hundreds of people, using weapons and pellet guns.

The emergency meeting of the cabinet was convened on the killing of dozens of Kashmiris by Indian security forces.

The foreign minister said cabinet has also decided to send delegations to various countries to highlight the plight of Kashmiris.

In a statement released to the media, the cabinet in its endorsed resolution strongly condemned the brutal and discriminatory use of force by the Indian occupation forces that resulted in the martyrdom of more than 20 innocent Kashmiris in Shopian and Anantnag in the Indian Occupied Jammu & Kashmir.

Kashmir is one of the most militarised regions in the world, as India has stationed about half a million soldiers in the disputed territory.

Wani’s killing in a gunfight led to widespread protests in the region for five long months, during which over 100 civilians were killed, and hundreds lost their eyes to the pellet guns fired by forces.

Tens of thousands of people have been killed in the conflict in Kashmir, which nuclear-armed India and Pakistan claim in full.