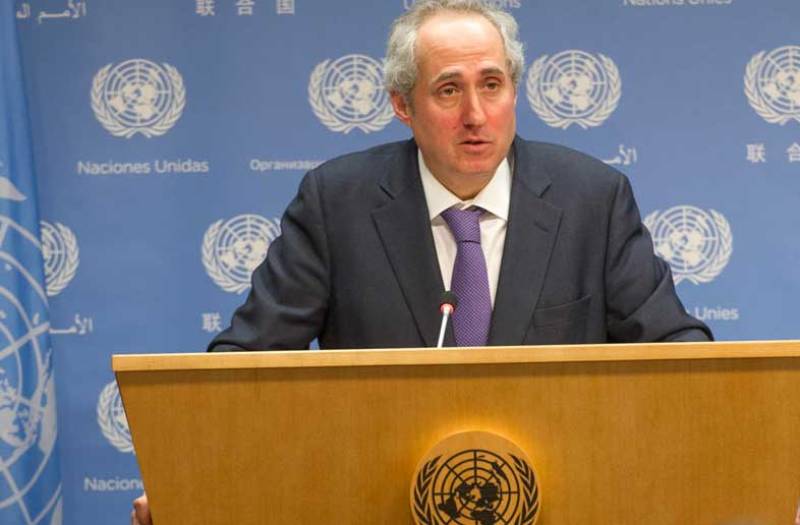 The concern was expressed by U.N. Secretary-General's Spokesman Stephane Dujarric while talking to reporters at the regular briefing at the UN Headquarters in New York, the Radio Pakistan reported.

Dujarric said the Secretary-General has all along maintained that India and Pakistan should resolve all outstanding disputes between the two countries, including Kashmir, through dialogue.

He urged all parties to exercise restraint.

Earlier, the UN Military Observer Group in India and Pakistan, known as UNMOGIP, has observed and reported an increase in military activities along the Line of Control (LoC).

Earlier, the Narendra Modi-led BJP regime has repealed Article 370 of the Constitution of India, which grants special status to the restive state of Jammu & Kashmir.

President, Ram Nath Kovind signed this notification to this effect after India’s Home Minister, Amit Shah formally proposed revoking the article which gave J&K autonomy over its affairs, except in foreign affairs, defence, and communication.

The development allows anyone from India to buy land in the disputed Muslim-majority region and comes into effect immediately.