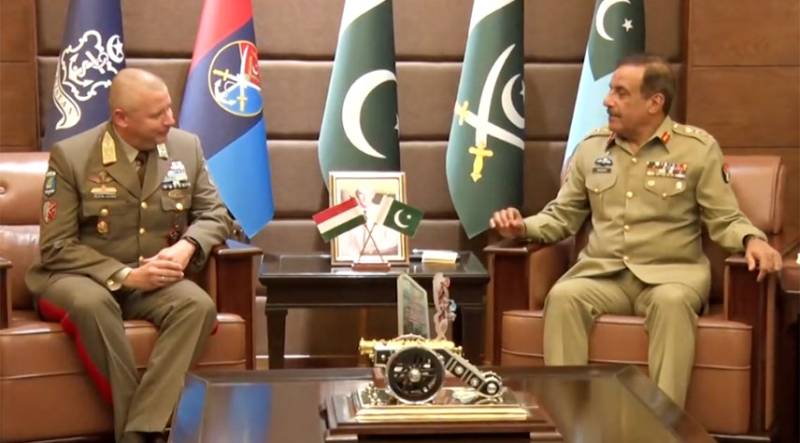 According to ISPR, matters of bilateral defence cooperation including security, military exchanges, training and prevailing regional environment were discussed during the meeting.

Commander of Hungarian Defence Forces, who is in Pakistan on an official visit, said that these mutually beneficial interactions have deepened the bilateral defence relationship, strengthened the cooperation and enhanced mutual understanding between the two armies.

Earlier upon arrival at Joint Staff Headquarters, Lieutenant General Romulusz Ruszin-Szendi, was presented Guard of Honour by a smartly turned out contingent of Pakistan Armed Forces.