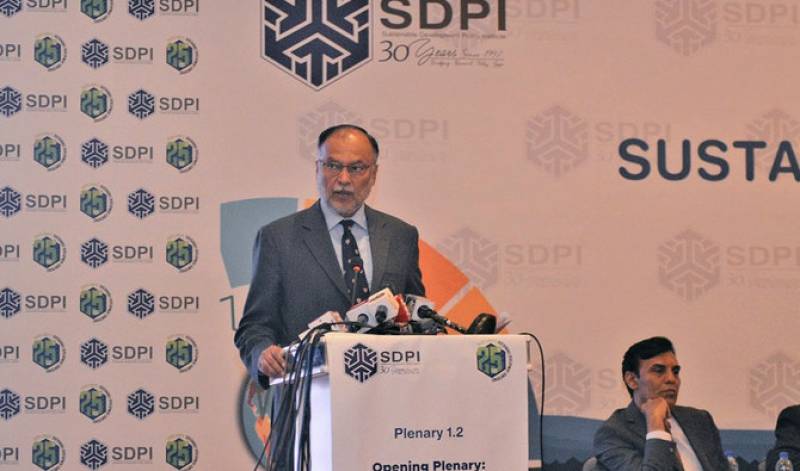 ISLAMABAD – Urging ousted prime minister Imran Khan and his party to return to assemblies, Planning Minister Ahsan Iqbal said on Tuesday the next general election in Pakistan would be held in October after completion of a population census.

Khan, who was ousted through a vote of no-confidence in April this year, has since been agitating against the government of Prime Minister Shehbaz Sharif. His ouster followed resignations of members of his Pakistan Tehreek-e-Insaf (PTI) from the Pakistan parliament.

Khan, who blames his ouster on a US-backed conspiracy, has been calling for snap polls in the South Asian country, but the government says it is not possible to hold an early election without a population census among other reasons.

Pakistan carried out its last census in 2017 after a gap of about 20 years, whose results were immediately disputed. Various political factions claimed the population data in some regions had been deliberately fudged by authorities to meet their political objectives.

“A new general election will be held in October 2023 based on the results of the digital census,” Iqbal said at the launch of a training programme for census staff in Islamabad, without elaborating on the “digital” procedures for the headcount.

“The results of the census will come in April and the Election Commission will then delimit the constituencies.”

The minister said an election based on the results of the last census would be controversial, given that the government in southern Sindh province had reservations over it.

“The new census will reveal truth about population,” he added. “For the census, Rs13.5 billion are being given to NADRA (National Database and Registration Authority), whereas, in total, Rs34 billion will be spent on the census.”

Iqbal said Pakistan was one of the fastest-growing countries in terms of population and the headcount could increase to 340 million by 2050, if it continued at the same rate.

“Resources are scarce while the population is growing rapidly, even per capita availability of water is decreasing and if the youth are not educated and skilled, there will be a disaster,” he said.

The minister urged the PTI to return to assemblies and become part of the electoral reforms process to ensure a free, fair and transparent general election.

The country could not afford another political crisis in the wake of the next general election, and needed stability and continuity of policies to move forward in the right direction, he added.