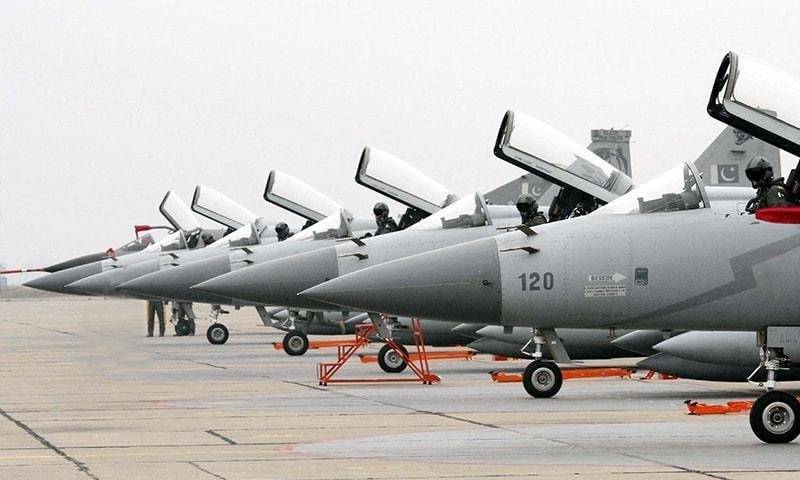 ISLAMABAD - The Pakistan Air Force has achieved another milestone by raising a new multirole squadron, equipped with Pakistan’s Pride JF-17 Thunder, at PAF Base Samungli in Quetta.

The squadron has been number plated as No 28 Multirole Squadron with Allama Iqbal’s poetry as the motto “Khudi ko jisne falak se buland-tar dekha” (Those who perceive rank of self is very high than dome of sky that spins around). 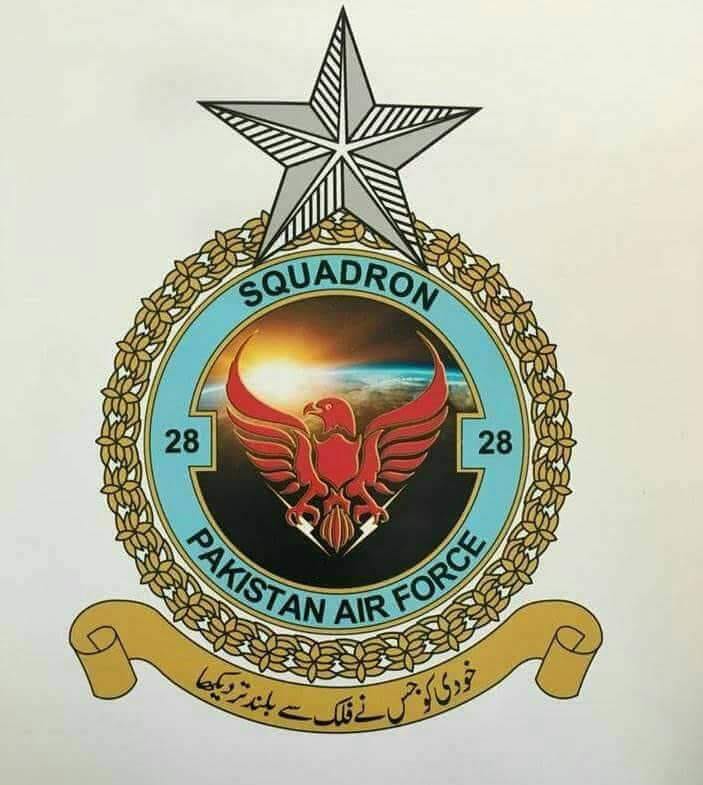 A grand ceremony was held at the base to mark this historic event, and was graced by Air Chief Marshal Sohail Aman, Chief of the Air Staff, Pakistan Air Force.

The Air chief reviewed a smartly turned out guard of honour by the personnel of the Base. He awarded the squadron emblem to Wing Commander Amir Imran Cheema, Officer Commanding No 28 Multirole Squadron. To make this event memorable, a four ship formation of JF-17 Thunders presented a fly past over the venue.

Addressing at the occasion, the Air Chief said, “We totally understand the kind of conspiracies the enemies of Pakistan continue to hatch but our resolve is very firm and response very clear. We are peace loving nation but we do not want anybody to interfere into our airspace and territory.” 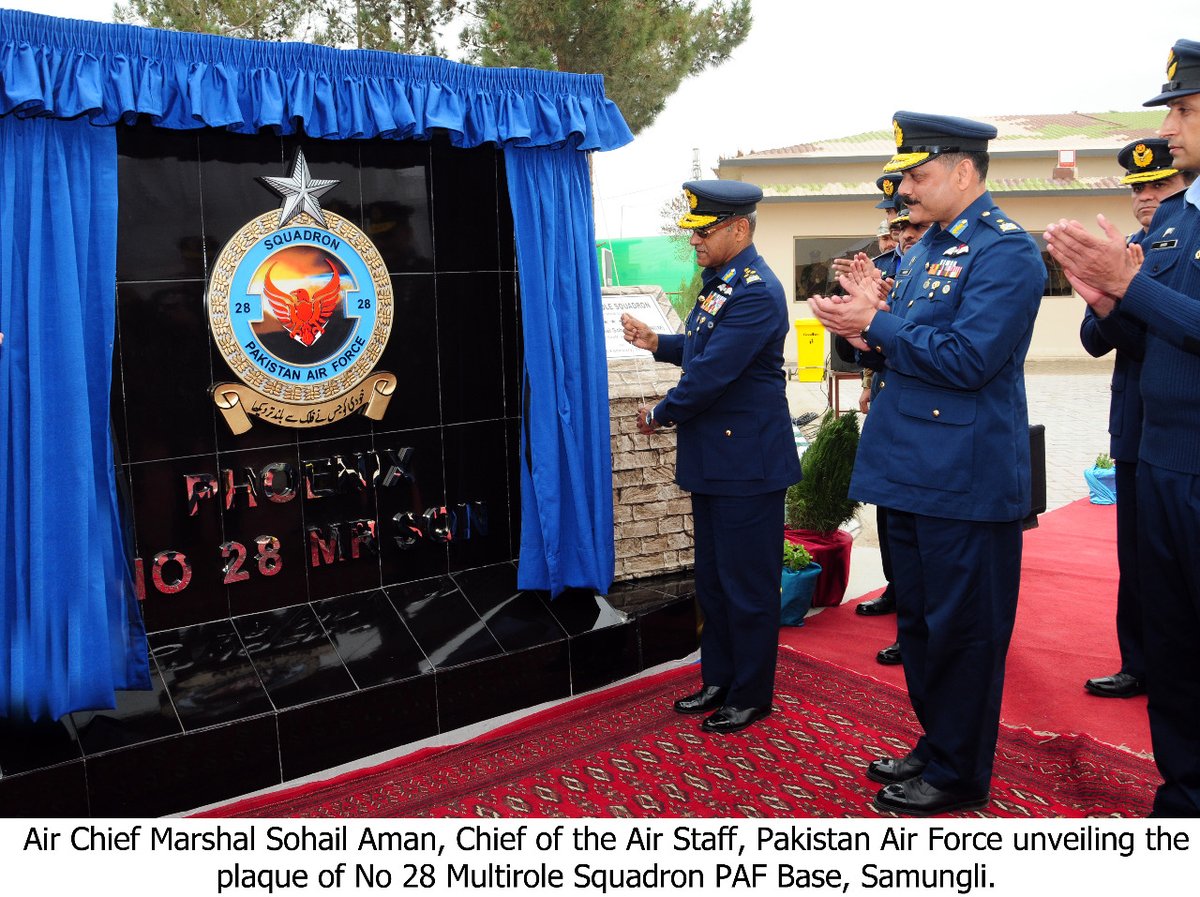 “We have done whatever is humanly possible on fighting the menace of terrorism and Allah has rewarded our efforts by restoring peace in the country. Reversal is not an option for us,” he added. 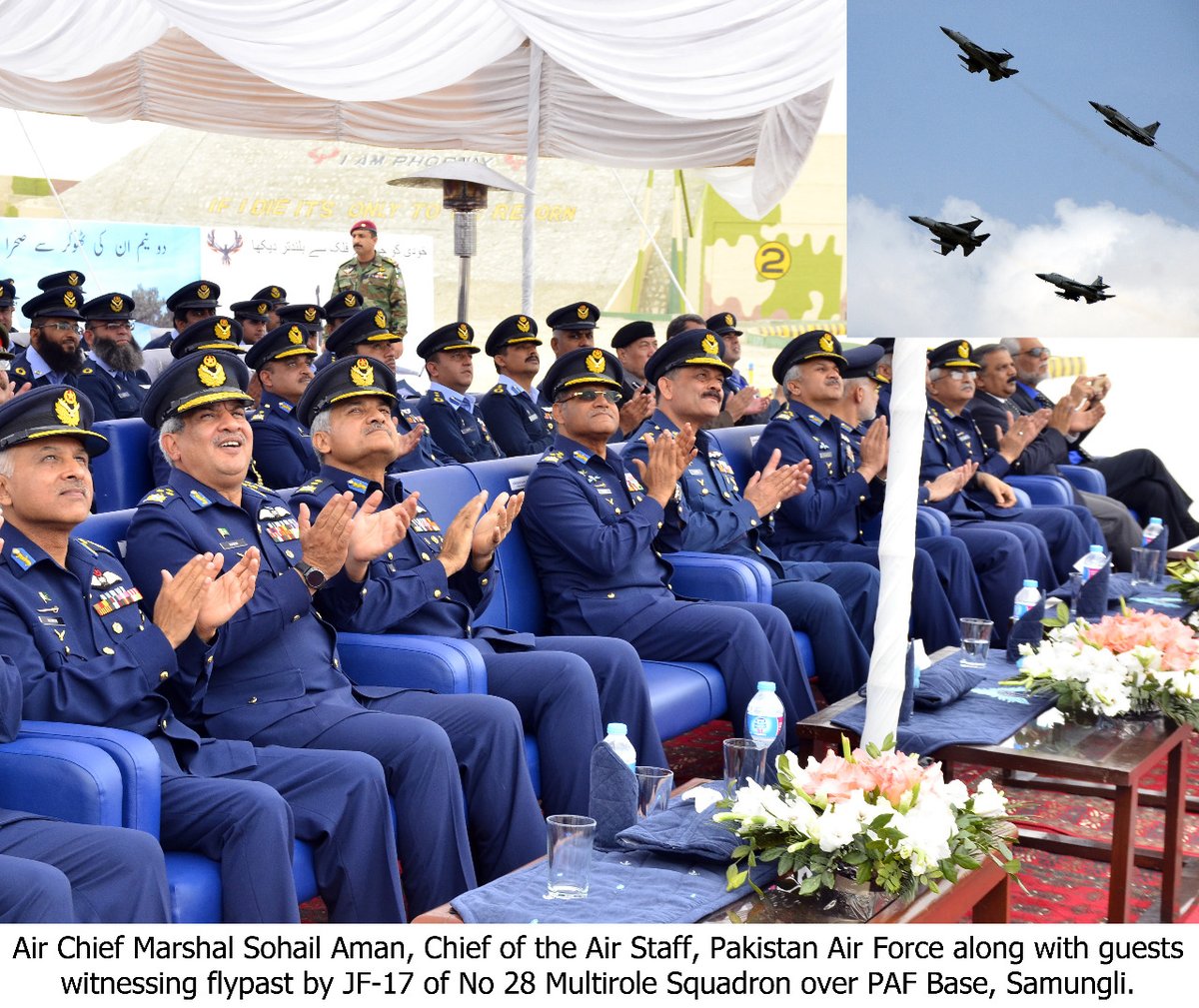 “From now on, No 28 MR Squadron, equipped with Pakistan’s Pride JF-17, has the responsibility of providing day and night aerial defence of the country especially along the western borders of Pakistan.

“I am confident that No 28 Sqn would create the desired strategic balance in a most befitting manner. We want to maintain peace with honour in the region, especially during these uncertain and challenging times. I want to assure the nation that despite all odds, our resolve shall remain unshakable and we shall defend our motherland against any aerial aggression,” the air chief continued. 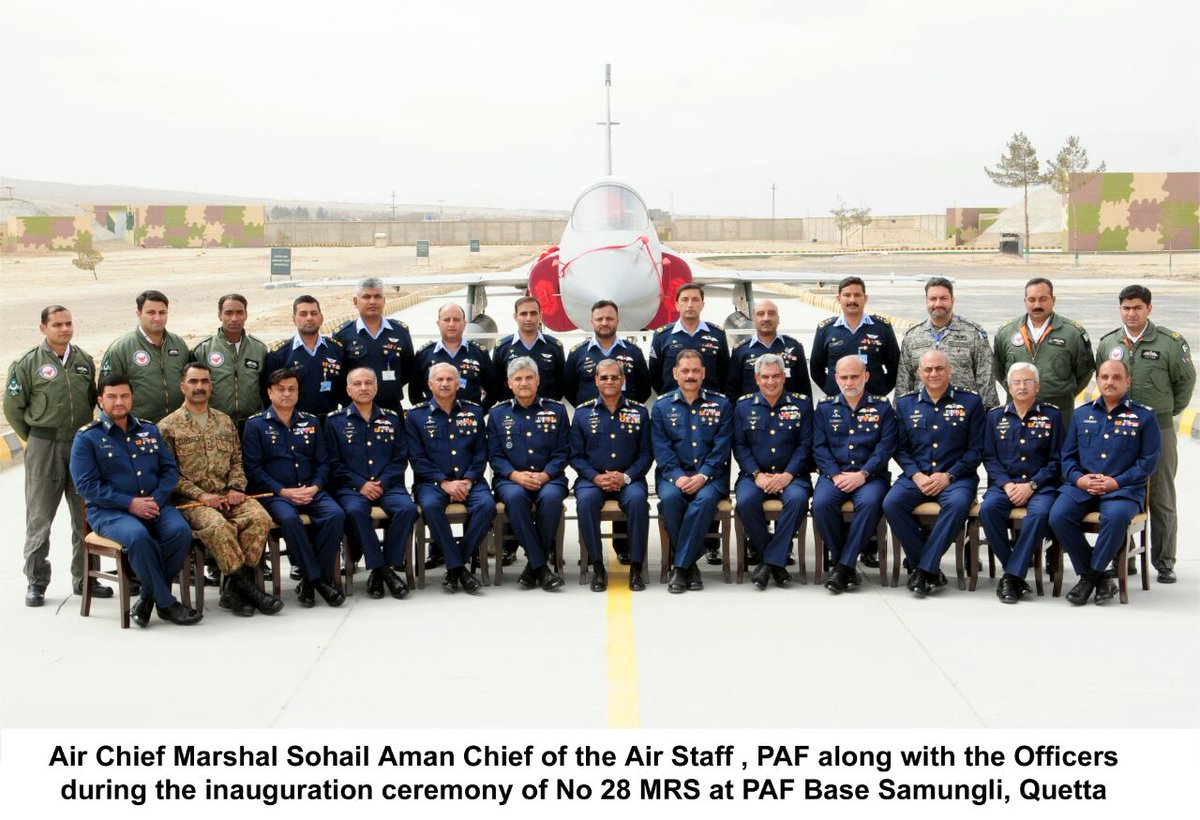 He further added, “Balochistan is a great province and has significant value for all of us. Its people are friendly, loyal to the country and have always given their best for the development of this country. The development of CPEC is a milestone and will turn not only the history and face of Baluchistan but the entire country. I am very glad that No 28 Squadron takes its birth today in Balochistan.”