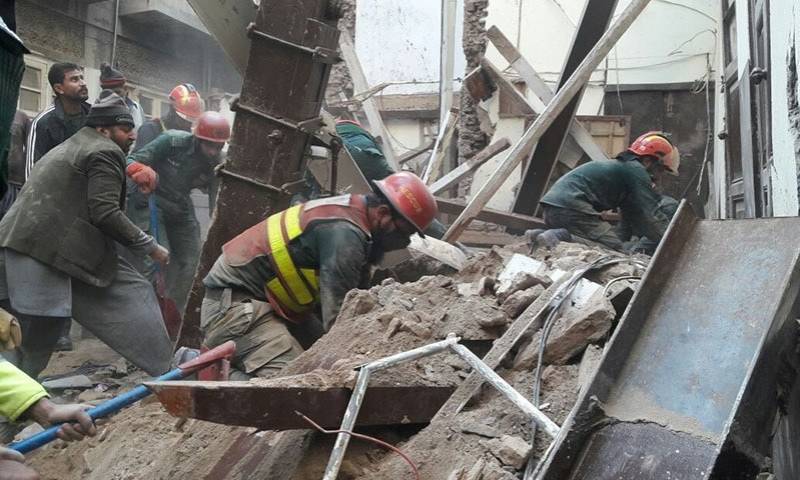 LAHORE - A three-storey building collapsed in densely populated area of Lahore on Saturday, leaving two children dead, while efforts are underway to recover their parents from the debris.

The incident happened near Wazir Khan mosque in Walled city where a building in shabby condition collapsed, trapping four member of a family under the debris.

Rescue officials have recovered bodes of two children identified as Ali Gohar and Zahid Haider, while operation is underway to recover their parents.

Punjab Chief Minister Shehbaz Sharif taking notice of the incident has directed authorities to submit a report regarding the mishap.