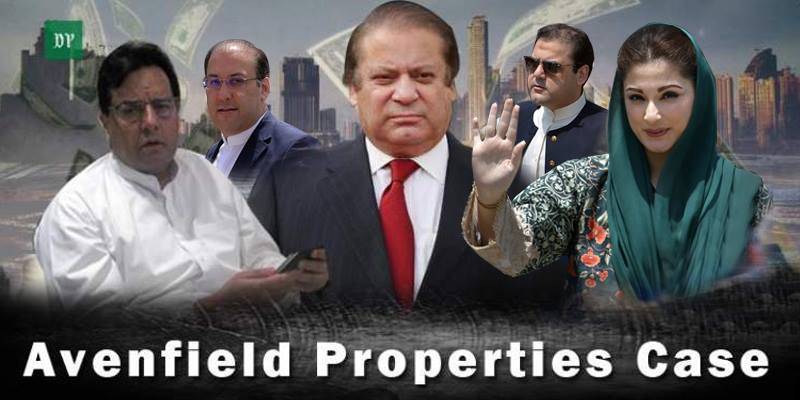 In the 173-page decision, Accountability Judge Mohammad Bashir also sentenced Sharif’s daughter, Maryam Nawaz, to seven years in jail for forgery and making assets through illegal sources in the landmark decision. She has been ordered to pay a fine of £2 million (Rs320 million).

Maryam Nawaz barred from contesting elections for next 10 years

Avenfield properties to be sealed on court orders

The much-awaited verdict was announced at 04:30pm, after delayed for fourth time

PML-N workers to remain calm, according to an intelligence report

LONDON - Former prime minister Nawaz Sharif on Friday said that every possible tactic was employed against him, which ...

The accountability court in Islamabad also barred Maryam Nawaz, the former first daughter, and her husband Captain (r) Safdar from contesting elections for the next 10 years.